Prime Minister Arnous has the government will continue to provide support to people and industry, but there could be further difficulties writes Al-Watan. 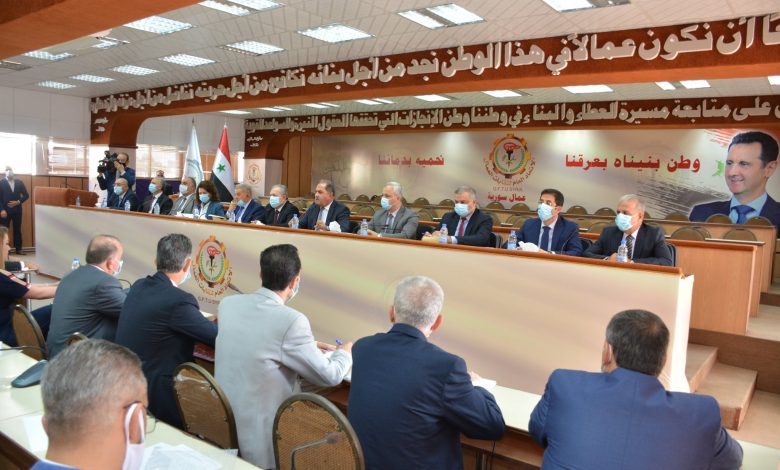 Syrian Prime Minister Hussein Arnous said that his government might be obliged to make difficult decisions; something they are not happy about. In the same breath, Arnous noted that 80 percent of national wealth sources are controlled by terrorist separatist groups.

In his speech at the Trade Union Congress, Arnous stressed that the government will not cancel the subsidies for any of the services that the state provides, pointing out that during the current year, 690,000 tons of wheat were purchased, of which 300,000 were in Hassakeh, indicating that wheat is being bought today for 280 dollars/ton, explaining that the amount of wheat available in the country at present is only sufficient for a month and a half, mostly for the production of bread.

Arnous added, “We have decided that bread is a red line and the price thereof will be affected only minimally.”

Arnous did not deny the possibility of a recurrence of the fuel crisis, and other crises, adding that this does not constitute a weakness in the government’s performance, because the conditions under which they operate are among the most difficult in the world.

Regarding the provision of electricity in Aleppo Governorate, he stressed that there will be no project proposal in Syria to rehabilitate the Aleppo Thermal Plant, especially Zones I and V, whatever the cost of that is.

Arnous said that efforts will be made to support and pay any industrial or agricultural facility currently operating, in addition to resuming activity at the facilities that had been permanently suspended as a result of their destruction by economically armed terrorist groups.

He stated that the grant that was received recently will not be cashed out from the Central Bank and will be matched through other legal means.

Arnous revealed that there will be an improvement in the financial situation of low-income people, pointing out that decisions will be issued soon regarding indemnities.