The Syrian Cabinet has met to formalise plans to compensate farmers for the losses that they suffered as a result of the fires writes SANA. 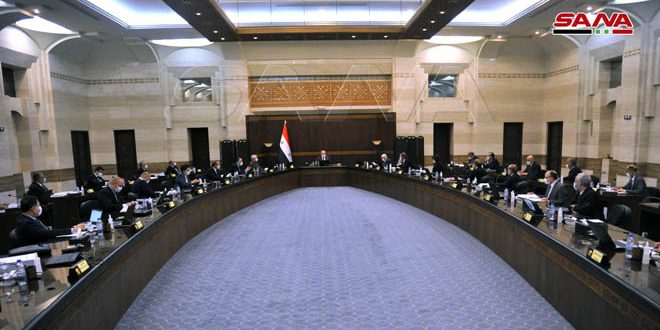 In response to President Bashar al-Assad’s directives to adopt urgent measures to ease the suffering of the citizens affected by fires in Lattakia,Tartous, Homs and the al-Ghab region, the Cabinet approved a comprehensive plan to compensate the people affected by fires and enable them to cultivate and invest in their lands, so that they can remain.

During its weekly session held on Tuesday and chaired by Prime Minister Hussein Arnous, the Cabinet issued a plan that includes providing farmers direct subsidies to compensate them for what was lost by the fires; handing them 50 percent of the value this year, with 25 percent in each of the next two years.

It also adopted the final formula of the general budget’s draft law for the fiscal year 2021, which amounts at 8.5 trillion Syrian pounds.