The UN Special Envoy for Syria will travel to Syria, ahead of the next round of the mini-Constitutional Committee reports Al-Watan. 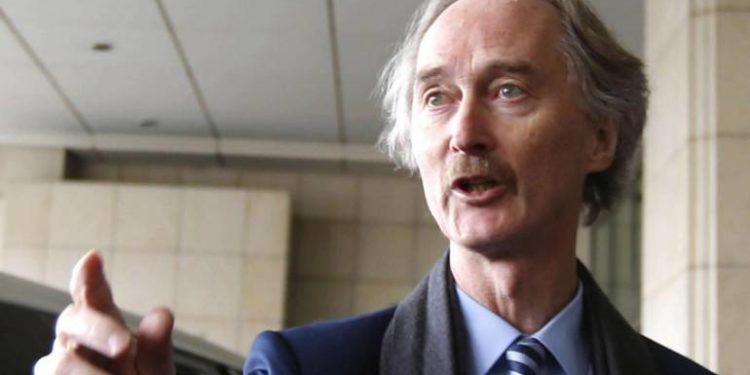 UN Special Envoy for Syria, Geir Pedersen, will arrive in Damascus next Saturday for a two-day visit.

Al-Watan learned from Damascene diplomatic sources that Pedersen will discuss the resumption of the meetings of the mini-Constitutional Committee, which held its first meeting in Geneva and was tasked with amending the Syrian constitution. The activities of the committee were recently suspended due to external interference and disagreements around the agenda that had previously been agreed upon.

The sources said that Pedersen will discuss with senior Ministry of Foreign Affairs and Expatriates officials ways to resume negotiations as soon as possible. It is also expected that Pedersen will meet with the co-chair representing the Syrian government, Ahmad Kuzbari.

Recently, a round of committee meetings scheduled for Oct. 5, 2020, in Geneva was postponed after Pedersen introduced amendments to the agenda that had been previously approved, which was considered a departure from the duties of the envoy, whose role is limited to making sure the work of the committee is running smoothly.

Pedersen’s visit comes days before he is scheduled to give a briefing to the UN Security Council, on Oct. 27, 2020, and following the funeral ceremony for his mother, who passed away at the beginning of the month.