A struggle has emerged between rival groups within Ahrar al-Sham, with some support the leadership and others supporting military elements reports Alsouria Net. 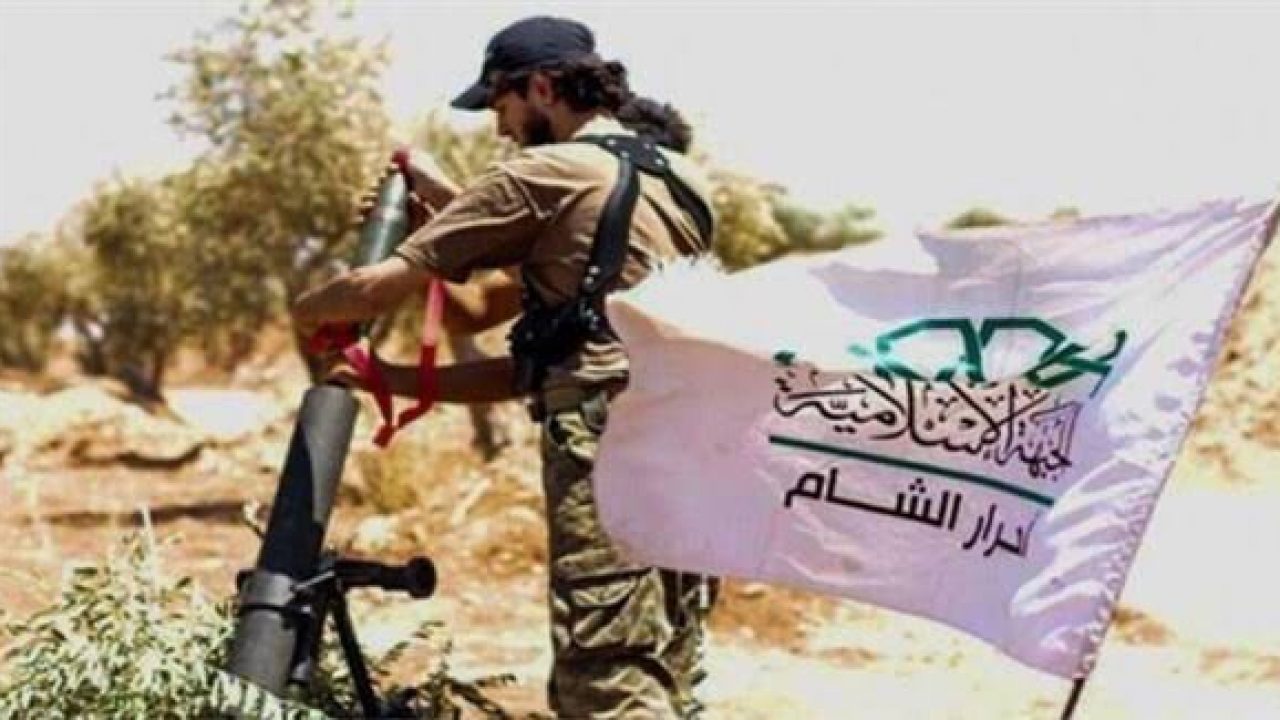 The Islamic movement of Ahrar al-Sham, which is affiliated with the National Liberation Front in Idleb, is witnessing an internal rebellion led by its military wing. The rebellion is against the leadership, at whose helm is General Commander Jaber Ali Pasha.

The internal struggle is between two parties: the first is the military wing, headed by Captain Abu al-Mundhir and former leader of the movement, Hassan Soufan (Abu al-Baraa), on one side, and the leadership headed by Pasha, on the other.

The source explained that the rebellion began when the movement’s leadership issued a decision to dismiss the official responsible for the movement’s coastal sector, the so-called Abu Faris Daraa, who is affiliated with the movement’s military wing.

The commander of the coastal sector refused the dismissal decision, with the support of Captain Abu al-Mundhir, and in coordination with groups affiliated with Hay’at Tahrir al-Sham.

Tahrir al-Sham was mobilized in the Sahel region, and the commander of the commando forces of the National Liberation Front was arrested after entering the front’s headquarters to inquire about the reason for the sudden deployment of checkpoints in the Lattakia countryside.

The commando forces are a trained force that stood in the way of the advancement of Assad’s forces, backed by Russia, during the recent military campaign in northern Syria.

The movement’s military wing said in a statement that the movement’s leadership had removed the coastal sector leader “without providing any reason.”

In its statement, the Ahrar al-Sham military wing demanded that the authority of Jaber Ali Pasha and his deputy be limited, “in a way that guarantees the continuation of this group’s mission, jihad, and defense of the liberator.”

A source within Ahrar al-Sham said that the internal coup was coordinated by Hassan Soufan, the movement’s former leader, who has clear power over the military wing, albeit implicitly.

The source added, “Soufan is also a key candidate for a military council to be formed in Idleb in the coming period, in coordination with the Tahrir al-Sham leadership and with Mundhir.”

Soufan resigned from the leadership of the National Liberation Front in May of last year, without revealing the reason behind his decision.