Hay'at Tahrir al-Sham say that they have killed a number of members of the Islamic State, although these claims are refuted by locals who witnessed the clashes reports Al-Araby Al-Jadeed. 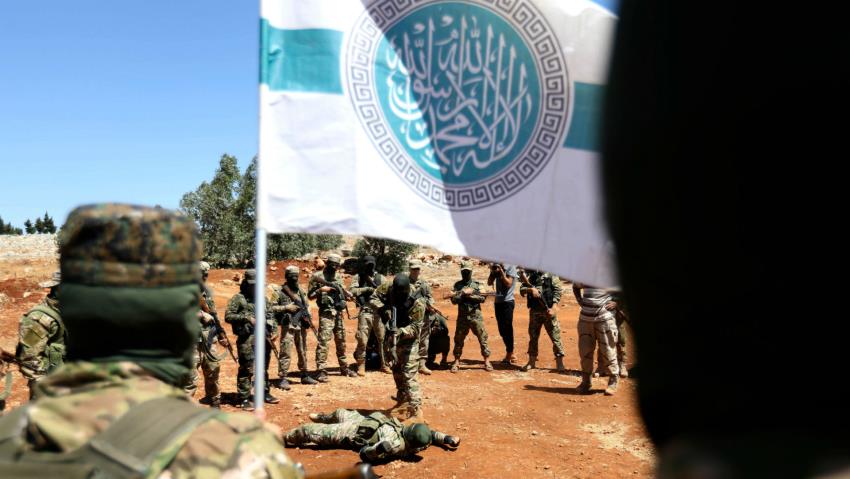 A security force affiliated to the hardline Islamist group Hay’at Tahrir al-Sham claimed on Sunday that it has killed 13 members of the Islamic State (ISIS) extremist group and detained 18 other people linked the the organisation.

In a statement, the General Security Organisation, which is under the authority of the self-proclaimed, Tahrir al-Sham-affiliated National Salvation Government, said that the ISIS members were killed in the village of Tal’ada, near Harim, in northern Idleb province.

The statement added that 18 “wanted people” had been arrested and called on residents of the village to stay in their homes until a combing operation to find more militants has ended.

However, residents of Tal’ada said that there were no ISIS militants in the village and the clashes there had been between Tahrir al-Sham loyalists and a faction of Tahrir al-Sham which had broken away from the jihadist group.

The Atareb Media Centre, which operates from a rebel-held city in Aleppo province, said that the clashes in the village where between Tahrir al-Sham and Hurras al-Din, an Islamist group affiliated with Al-Qaeda.

Tahrir al-Sham’s predecessor organisation, al-Nusra Front, once had ties to al-Qaeda but formerly severed them in 2016.

Tahrir al-Sham is still designated as a terrorist group by the United Nations, the US and other countries accuse it of being “part of al-Qaeda’s Syrian network”.

The group has recently tried to present a more “moderate” image to Syrians, relaxing some of the restrictions it previously imposed in areas under its control and attempting to establish relations with local communities

Hurras al-Din was formed in 2018 by extremist fighters formerly part of Tahrir al-Sham, who wanted to maintain ties with al-Qaeda.

Tahrir al-Sham and its predecessor, al-Nusra Front, have been opposed to ISIS since 2014, when al-Qaeda leader Ayman al-Zawahiri publicly condemned the latter extremist group.

Islamist groups became prominent as the conflict progressed and exacerbated. More than 500,000 have been killed since 2011 and millions more displaced, mostly as a result of regime bombardment of civilian areas.