The President of Iran has spoken out against the deployment of foreign fighters to the volatile Nagorno-Karabakh region reports SANA. 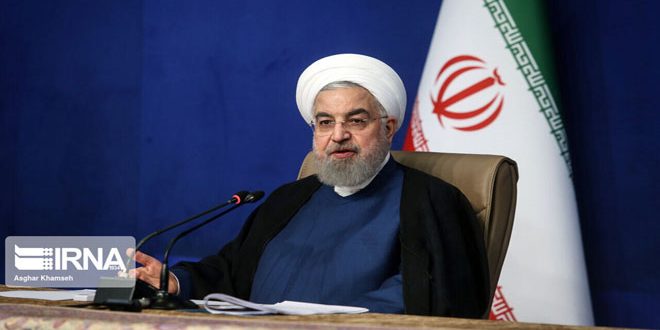 Iranian President Hassan Rouhani has affirmed that the transfer of terrorists by some parties, from Syria and other regions to areas close to the Iranian borders, is absolutely rejected by his country.

Reports have confirmed that the Turkish regime has transferred a number of its mercenaries from northwestern Syria to the Nagorno-Karabakh region to participate in the ongoing fight there.

In a speech during an Iranian cabinet meeting today, Rouhani warned of the danger of turning the conflict between Azerbaijan and Armenia into a regional war.

Rouhani indicated that many shells have landed on Iranian soil as a result of the ongoing battles in the Nagorno-Karabakh region, which is unacceptable, pointing out that Tehran conveyed to all parties involved in the conflict, its concerns about the security of the region.