A truck bomb has detonated in al-Bab, killing at least 11 people and injuring many more, and causing widespread damage to local buildings reports Asharq Al-Awsat. 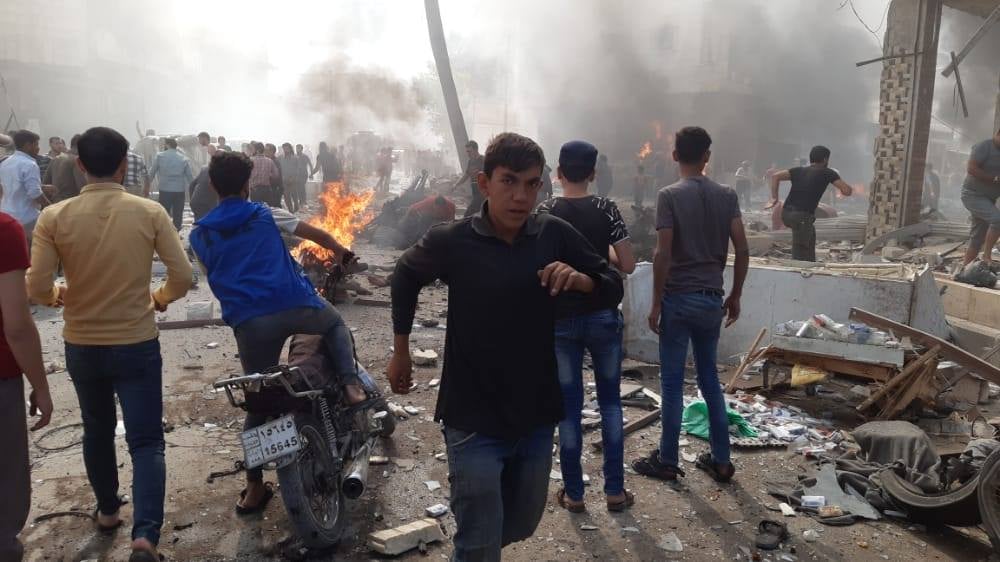 At least 11 people were killed and dozens more were wounded on Tuesday in an explosion in the northwest Syrian town of al-Bab, which is under the control of Turkey-backed rebel factions, Reuters reported quoting hospital sources.

A witness said the blast occurred when a large truck bomb went off in a crowded area in the town. Videos and images circulated by activists on social media showed large plumes of smoke rising from the blast site, along with several fires and damaged buildings.

The videos and images circulated by activists showed several wounded people being carried away from the blast site, while firefighters tried to put out the fires.

Several buildings were damaged in the blast and collapsed onto onlookers, two witnesses told Reuters. People were being pulled out of the rubble, they said.