The Syrian Arab Army has stormed the town of Kanaker, seizing weapons and explosives and submitting terms to militant groups in the area. 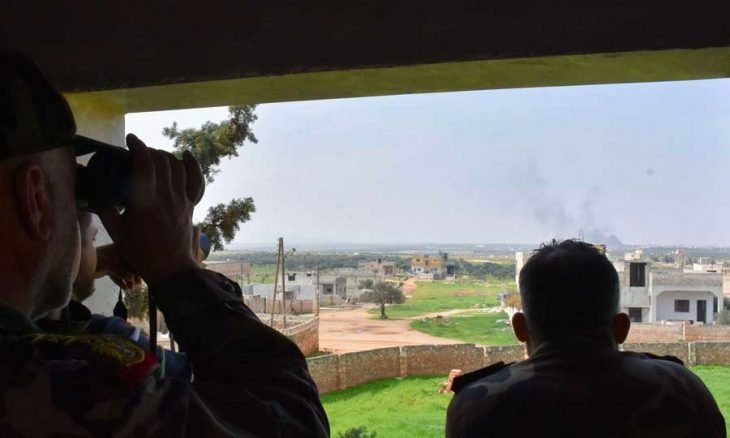 The Syrian army resumed their military operation inside the town of Kanaker on Sunday, amid a new attempt by the government to crackdown on the militant sleeper cells that are wreaking havoc on the reconciled areas.

On Friday, an agreement was reached between the government forces and the notables of Kanaker, providing for the entry of Assad’s forces to search for weapons in the region. The government, according to Alsouria Net, has not commented on the Kanaker event and left the story to appear on pro-government Sham FM radio, which confirmed the presence of Assad’s forces, on Thursday. Assad’s forces mobilized and besieged the town of Kanaker 14 days ago, and threatened to storm it, if the people of the area did not surrender their weapons.

According to a field source in Damascus, the Syrian army continued to comb through Kanaker on Sunday morning, with their troops entering several buildings that were suspected of having a militant presence.

The source said the Syrian army has already discovered warehouses filled with weapons, along with small labs used to make explosives inside Kanaker.

They added that the Syrian army has offered the militants inside Kanaker terms of surrender, which includes their transfer to any part of northwestern Syria that they choose.

As of now, the militants have not responded to the offer, but as the Syrian army continues its military operation in Kanaker, the armed assailants will likely have no choice but to agree to the terms.

The army began their operation in Kanaker on Saturday, following a week-long military buildup around the town.