Syria’s Permanent Representative to the United Nations has renewed calls for sanctions to be lifted, claiming that they are hindering the fight against coronavirus writes SANA. 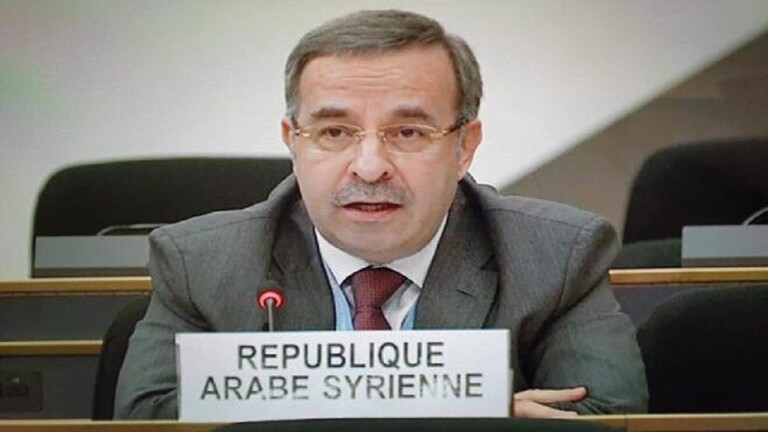 Damascus warned of the consequences of expanding and extending European and American sanctions against the country, describing it as a new phase of economic terrorism.

In front of the Human Rights Council, Syria’s Permanent Representative to the United Nations in Geneva Hussam Eddin Ala, criticized the unprecedented American expansion of coercive measures and the increasing number of those targeted by it.

Ala criticized the European Union’s resolution to extend the sanctions against Syria for an additional year and the US issuance of the Caesar Act.

He pointed out that the positions of these countries are leading Syria into a new phase represented by economic terrorism.

The statement made by the ambassador to the Human Rights Council came on behalf of a group of countries that include; Syria, Russia, China, Venezuela, Iran, Cuba, Cambodia, the Democratic People’s Republic of Korea (DPRK), Myanmar, Nicaragua and Zimbabwe. This group of countries, on the initiative of Syria, called on the member states of the United Nations to pressure for the sanctions lifting in order to enable the target countries to confront the coronavirus pandemic and its economic and social consequences.

At an initiative by Syria, several UN member countries called on the Human Rights Council to exert pressure on the states that resort to imposing unilateral, coercive measures and oblige them respond to international appeals and the High Commissioner for Human Rights to lift these illegal measures in order to enable the targeted countries face the coronavirus pandemic.

Ambassador Ala described US and European allegations about the existence of “humanitarian exceptions” to the sanctions as nothing but a mere pretext to cover up the immoral measures that target the livelihoods of Syrians and affect the work of humanitarian organizations and agencies operating inside Syria.

The ambassador called on the Human Rights Council to hold countries involved in imposing unilateral coercive measures responsible for the results of their impacts.