Despite the existence of sanctions, the Syrian Democratic Forces are selling oil to the regime, which they desperately need, facilitated by Hossam al-Qatriji reports Baladi News. 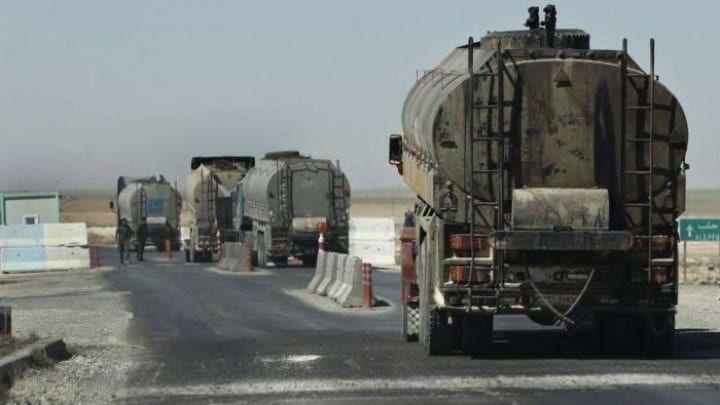 Converging news sources said today that more than 800 tanks belonging to Hossam al-Qatirji’s company, affiliated with the regime, entered the areas under the control of the Syrian Democratic Forces (SDF) to transport oil to the Homs refinery.

According to the sources, the tanks entered from the al-Houra crossing, south of the city of Tabqa in the countryside of Raqqa, to transport crude oil.

A severe gasoline crisis besets the Syrian regime-controlled areas, in addition to the collapsing economic situation and the soaring prices. Cars lining up in front of petrol stations in Aleppo and Damascus has become customary.

The price of a liter of gasoline on the black market has reached 1,000 Syrian pounds (equivalent to half a US dollar), while petrol stations sell it at 250 Syrian pounds. Taxi drivers have been waiting for a whole day to acquire a few liters of gasoline, which is not even enough for two or three days.

Sources revealed to Basnews that transporting oil and trade activity between the Autonomous Administration regions in northeastern Syria and regime areas are ongoing and made possible through brokers.

According to the same sources, trade flows and transporting oil from the Autonomous Administration areas to the regime-controlled areas has not stopped despite US sanctions imposed on Damascus and the spread of the coronavirus pandemic in the country.

Businessperson Hossam al-Qaterji had begun to form militias in areas in the countryside of Raqqa and Deir ez-Zor, in order to conduct smuggling, especially oil, between SDF areas and the regime forces.

He had previously played the role of mediator between the Islamic State and the regime, buying daily shipments of oil from wells in the al-Omar oil field, east of Deir ez-Zor, which benefited the regime. Qatirji is still playing the same role after the Islamic State was expelled and the SDF took over the region.

It is noteworthy that the US Department of the Treasury imposed sanctions on Qatirji’s oil company in Syria in September of last year, as it played the role of mediator between the Syrian regime and the Islamic State by facilitating the transfer of oil shipments between the two parties, in addition to facilitating fuel and weapons shipments, and providing financial support.