Turkish and Russian officials have met to discuss the Turkish presence in the province of Idleb and options to scale back their observation posts writes Al-Masdar. 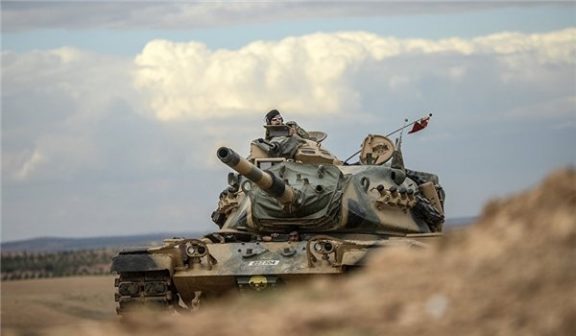 Russia’s RIA Novosti agency reported that the ongoing consultations between Moscow and Ankara, regarding the situation in the de-escalation zone in Idleb, are discussing the level of the Turkish military presence there.

The agency quoted a Turkish source as saying that during a meeting held at the Turkish Foreign Ministry, a Russian technical delegation presented proposals on reducing the number of observation points for the Turkish army in Idleb, but the two sides were unable to reach an agreement in this regard.

The source added, “After the Turkish side refused to withdraw its observation posts and insisted on maintaining them, it was decided to reduce the number of Turkish forces present in Idleb and to withdraw heavy weapons from the area.”

The Turkish Ministry of Defense had announced that a meeting would be held on Wednesday, at its headquarters in Ankara, between Turkish and Russian military delegations, to discuss the latest developments in Idleb.

During the meeting on Wednesday, several protesters gathered outside the Turkish observation posts to protest Ankara’s presence inside the areas of the Syrian Arab Republic.

Turkey later accused the Syrian government of organizing these protests and said their troops were ‘attacked’ by the demonstrators at Observation Post 7.