The Minister of Education and a dean at the University of Damascus have clashed over whether children should return to school, in light of the coronavirus reports Hashtag Syria. 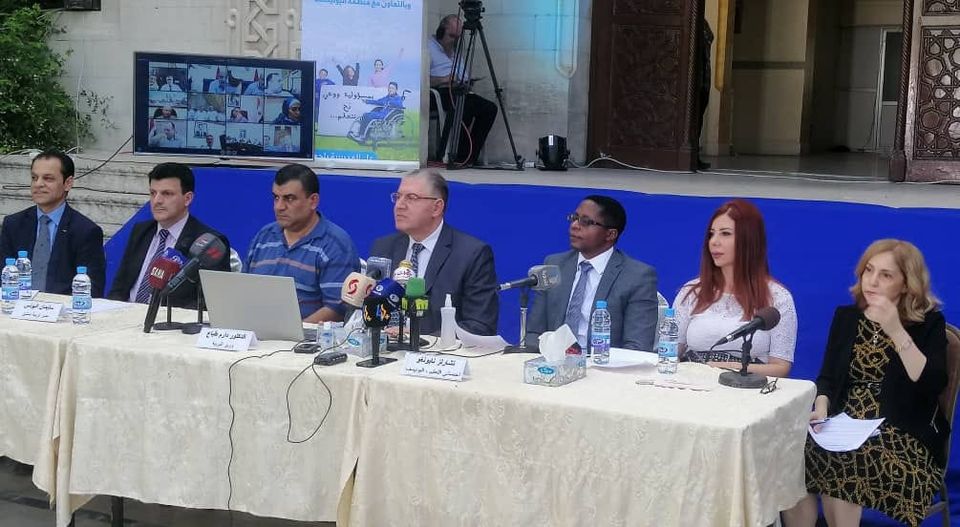 Amid the great controversy surrounding the decision to reopen schools, the Dean of the Faculty of Medicine at the University of Damascus, Dr. Naboug al-Awa, warned of a new wave of coronavirus coinciding with the return of students to school. Awa said that students can transmit the virus at a high rate, and since primary school students are not enrolled in diploma-granting curricula, unlike middle and high school students, their school year can be postponed for 15 days.

Awa, in a call with Hashtag Syria, confirmed that the Ministry of Education rejected his proposal this morning, saying that classes will resume on Sept. 13, 2020, as planned.

Awa confirmed that his suggestion does not impede the progress of the educational process, especially for young students, who are more likely to pass on the virus, sometimes without even showing any symptoms. He added, “We are concerned for the families of students, and the professors. We have lost many lives so far, and we do not wish to return to that stage.”

Awa indicated that the efforts of the Ministry of Health have been focused on flattening the curve, a milestone that has been reached. However, there are concerns that the curve would start climbing again if schools reopen, for the virus today has become more fierce, according to Awa.

Education Minister, Dr. Darem Tabaa, commented on Awa’s request in a press conference today, saying, “We respect the Dean of the Faculty of Medicine’s views regarding reopening schools later than usual, but why hasn’t he closed the hospitals or the university he supervises?”

Awa expressed his surprise following the minister’s statement, stressing that he did not attack the minister, but rather gave a suggestion based on medical facts.

Awa said to Sham FM radio that, “closing hospitals is not equivalent to delaying schools. If hospitals were to close, how would we admit and treat patients?”

He added, “The suggestion that I made was to delay the return of primary school students for a period of 15 days and to start the school year for preparatory and secondary students as scheduled.”

Awa indicated that the purpose of the suggestion was to monitor the curve for 15 days, especially since children aged 4 to 12 are those who are most likely to transmit the coronavirus while remaining asymptomatic.

He stressed that some schools might not be sterilizing and using soap and water properly, and therefore health protection for students cannot be guaranteed.

In a statement to Tishreen newspaper, Tabaa said that he did not mean to respond to Awa in his statement, which was misunderstood.”

He explained that what he said was that, “we are obligated to perform our duties despite the circumstances, and despite the spread of the coronavirus and that neither university hospitals nor the Faculty of Medicine have closed.”

The new school year is scheduled to start next Monday, despite calls by parents to push back the date due to the climbing numbers of coronavirus cases over the past few weeks.

This coincided with the announcement by the Ministry of Health in the Assad government that 62 cases of coronavirus had been recorded, bringing the total number of infections in regime-controlled regions to 3,351 cases, 143 of whom died and 780 recovered.