The contracts with the fighters involve serving 18 continuous months in Libya, in exchange for exemption from compulsory military service in their home country and a salary of $1,200, Sowt Al-Asima says 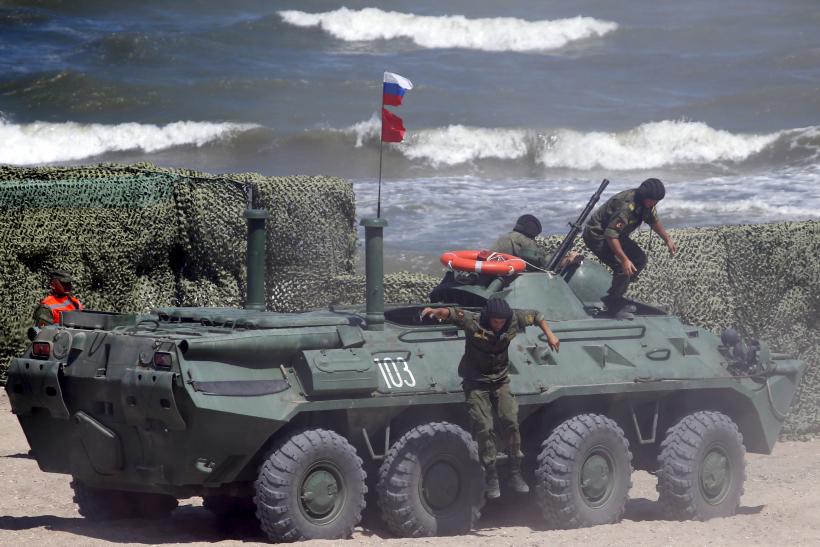 At the beginning of September, Russian forces began preparing the contracts for the second batch of people from the city of Douma in eastern Ghouta to be sent to Libya to fight alongside the forces of Khalifa Haftar.

Private sources told Sowt al-Asima that the Russian forces have processed contracts for about 65 young men from the city over the past week, noting that the contract duration is five months, without announcing the date of the launch of operations.

The sources confirmed that the process of preparing contracts takes place in the building of the Baath Party in Lattakia, where the Russian forces are stationed, indicating that some young men went to sign contracts individually, while others went collectively in coordination with Rateb al-Durra, who hails from the same city.

The new combat contracts included paying each of the fighters a monthly amount of $1,200, provided that $500 would be paid before departure, and the remaining amount upon return to Syria, according to the sources.

The sources also revealed that a Russian offer was made to the second batch of Douma residents to serve 18 continuous months in Libya, in exchange for exemption from compulsory military service in their home country.

The Russian forces had sent a group of 25 fighters from Douma to Benghazi through the Damascus International Airport in early February 2020, on a three-month combat mission in exchange for a one-month vacation in their city. Each fighter was paid 800 dollars per month and was issued a pass from the Hmeimim military base under the category “Russia’s Friends Pass”, which protects its holder from any security questioning or arrest for any purpose whatsoever.

Earlier this month, Russian forces began preparing to send 300 young men from towns south of Damascus to Libya, as a fourth batch, two weeks following the return of one of the groups to Syria after the end of their contracts. Priority is given to former fighters wishing to renew their contracts.