Russia has deployed additionally fighter jets to Syria, although the reasoning behind the move is not yet know reports Al-Masdar. 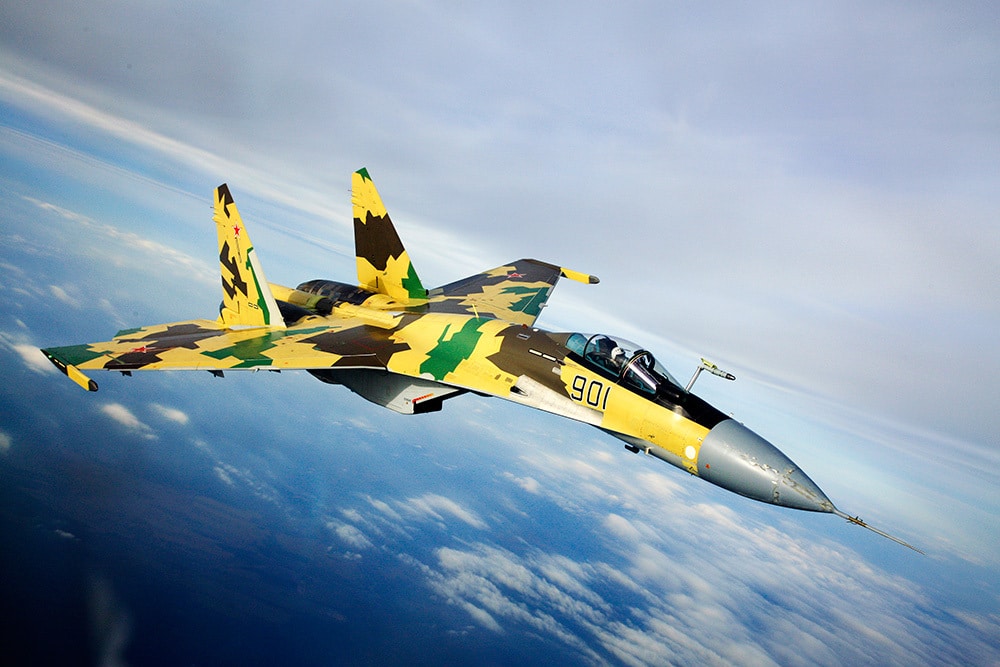 The Russian Armed Forces are allegedly deploying additional Su-35 jets to its largest airbase in Syria, the publication, Avia.Pro, reported on Monday.

According to the article, the Russian Aerospace Forces are deploying “at least three additional Su-35S fighters” to the Hemeimeem Airbase in Syria’s Lattakia Governorate.

“A few hours ago it became known that the Russian Aerospace Forces intend to transfer several additional Su-35S fighters to Syria, which will be used to strengthen the Russian military group in the Arab republic,” Avia.Pro reported.

“At the moment, it is known that the fighters flew from Chkalovsky, after which they went to Privolzhsky, from where, according to analysts, the planes will go to the Hemeimeem airbase, and it is possible that the groups can be additionally reinforced with several more fighters,” they continued.

The Russian publication said it is not known why Russia is deploying additional Su-35 jets to Syria; however, “it was also suggested that it may not be about strengthening the Russian Hemeimeem Airbase, but about the rotation of forces, although there is no official confirmation of this yet.”

The Russian Armed Forces have used the Su-35S on a number of occasions in Syria, including the two interceptions of US Navy P-8 Poseidon aircraft in the eastern Mediterranean earlier this year.

On a different note, a number of Russian military personnel were seen making their way from Lattakia to Raqqa Governorate this week, as they strengthen their presence near the Turkish border.

According to a field report from Aleppo, the Russian Armed Forces sent reinforcements to the town of Ayn Issa and its surrounding area on Monday.

The report said the Russian military was transporting personnel and equipment to their checkpoints and bases in this region of Raqqa Governorate.

The Russian military has increased their presence in Raqqa Governorate over recent months, bringing with them fresh troops and armored vehicles to prevent the Turkish-backed militants from pushing into Ayn Issa.