The US is working to put together a deal that would recognise the region east of the Euphrates and allow administration reports Basnews. 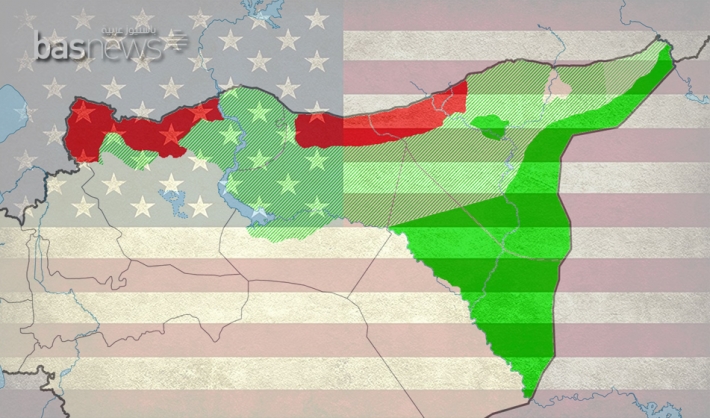 A well-informed Syrian source revealed that the eastern Euphrates region in Syria is moving towards recognizing the Jazira region, a step that is being enabled through American planning and Arab support.

The source, who spoke on condition of anonymity, told Basnews that, “the United States of America, in coordination with the Arab tribes and representatives of the Syrian Kurdish parties and Christian forces, is heading in a direction to recognize the Jazira region east of the Euphrates.”

The source added that, “US officials recently met with influential Arab tribal sheikhs who represent the region as well as representatives of the Syrian and Christian Kurdish parties, and they agreed with them to recognize the Jazira region east of the Euphrates, with the participation of all components of the region.”

The source pointed out that, “each component of the Jazira region (the areas east of the Euphrates) will administer its respective region by itself, with American and Arab support (Saudi, Emirati, and Egyptian).”

The source indicated that the American side is in a hurry to achieve Kurdish unity in Syria by uniting the National Council in Syria (ENKS) and the Kurdish national unity parties (the largest of which is the PYD) as soon as possible so they become a part of the region.

“Russia has invited the Syrian Democratic Council (SDC) and its forces to visit Moscow recently, as it wants to beat the US to winning SDC over,” the source added.

Russian officials recently met SDF commander, Mazloum Abdi, and a spokesperson for the Kurdish units at the Qamishli airport, Nuri Mahmoud, and invited them to an official meeting in Moscow.

The source added, “The SDF is forced to go along with Russia and will hold talks in Moscow with Russian officials, but it [SDF] already knows its position and will be part of the American project.”

On Thursday, an informed Syrian-Kurdish source confirmed that the US is seeking to form a unified Syrian opposition that is against the Syrian regime through and through, to be based in the east of the Euphrates.