According to the head of Syria First Party, the Constitutional Committee is not a genuine desire of the parties involved, but rather a result of pressure from other countries writes North Press. 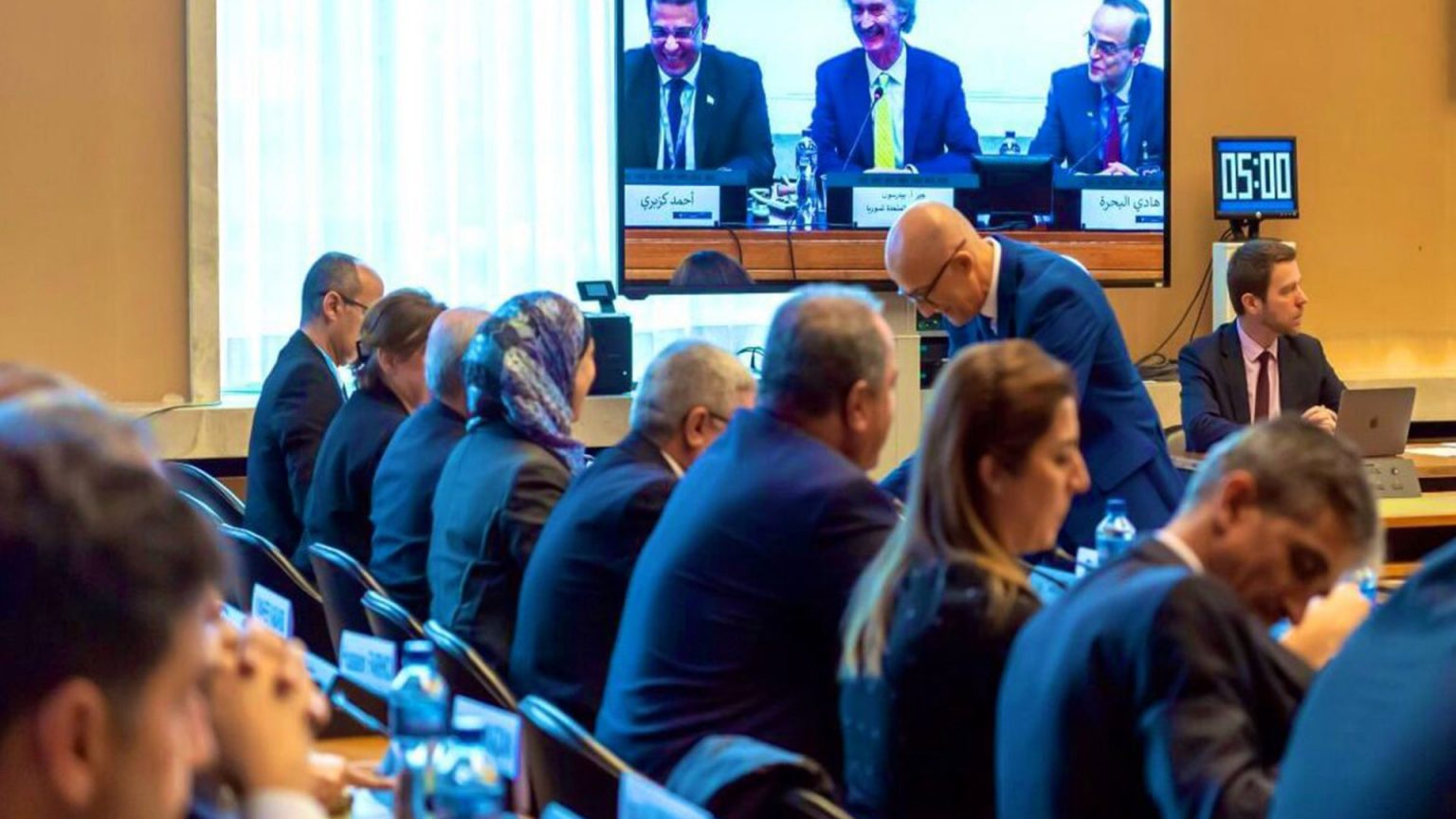 Suleiman Shabib, political analyst and the head of Syria First Party, believes that both the government and the opposition do not go to Geneva out of conviction or with the intention to draft a constitution that would be the basis for a political solution. Rather, they go as a result of pressure from regional or international parties or to satisfy them.

Shabib said in a statement to North Press on Thursday that the committee, with its current composition and method of work, is unable to make any serious progress.

The Select Committee of the Syrian Constitutional Committee in Geneva began its third round of consultations after a nine-month cessation, and the consultations were supposed to last for five days.

However, the meetings were suspended after three of its members were confirmed to be infected with coronavirus.

Disputes over the nomenclatures occurred with the start of the Constitutional Committee’s work, which began when the Syrian government’s delegation called itself the National Delegation and declared that it does not represent the government and has nothing to do with it.

“It is nothing but the games of a provocative character, and the attempts to impose new provisions each time is nothing but obstruction, and a clear proof of the lack of real intentions on both sides to make the committee’s work a success,” Shabib said.

He ruled out any connection between the formation of the new Syrian government and the meeting of the Syrian Constitutional Committee in Geneva, whose meetings were suspended mere hours after its start.

On Tuesday, President Bashar Assad assigned Hussein Arnos, who was temporarily appointed prime minister more than two months ago, to form a new government weeks after the People’s Assembly elections.

Shabib said, “The formation of the new government comes in a natural context after the People’s Assembly elections; the Syrian government is deemed to have resigned constitutionally, immediately after the decree calling the new council to convene is issued.”

On corruption in Syria, Shabib said, “The political structure that produced all this corruption that threatens the pillars of the state is unable to fight it seriously. What happened is a process of replacing some of the economic fronts with others. Indeed, corruption is making new progress every day.”

He added, “It is imperative that we must have radical and comprehensive change to produce a new political structure; reaching a political solution according to UN Resolution 2254 is the right way to form a new structure to fight the corruption in Syria.”

In late 2019, the Syrian government began a new phase known as “Fighting Corruption.”

On Aug. 12, 2020, Assad said before the members of the People’s Assembly, “we won’t hang anyone in the fight against corruption.”

“There will be laws, decisions, and procedural reform. The issue is about reform, not an issue of revenge and venting anger,” Assad said.