Russia has highlighted the recent increase in militant activity in central Syria, and has accused the US of providing them with training writes Al-Masdar. 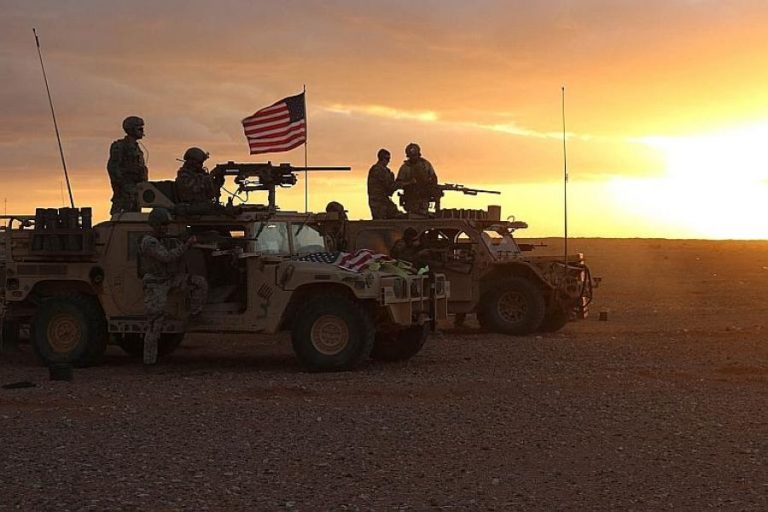 A spokesman for the Russian forces operating in Syria announced on Tuesday, a noticeable increase in militant activity in central Syria.

The spokesman said, “The terrorists impede the return of social and economic life in Syria with their actions, as well as the establishment of relations between the local Arab tribes and Damascus. This is a situation that benefits the United States first, and will allow it to justify its presence in eastern Syria.”

The spokesman continued, “The militants are working to destabilize the situation in the region by sabotaging transportation lines and oil installations in Syria, and attacking patrols and sites of the Syrian army. On Aug. 18, 2020, the Russian military advisor, General Gladkich, was killed by an explosive device in Syria’s Deir ez-Zor Governorate.”

He said, “ISIS gangs in central Syria are joining with militants who were trained in the territories occupied by the United States, in the al-Tanf and Euphrates regions.”

He pointed out that, “over the last month, a region known as the ‘White Desert’ in the middle of the Syrian Arab Republic, witnessed a noticeable increase in the activity of armed groups made up of former ISIS elements, at the same time, most of the militants appeared in the region after the amnesty was announced by the so-called Autonomous Administration of northeastern Syria, controlled by the United States.”

The spokesman added, “The strikes by the Russian Air Force and the Syrian Air Force, artillery fire, reconnaissance and search operations of special purposes in the White Desert resulted in the liquidation of 327 militants and the destruction of 134 shelters, 17 observation points, seven stores of ammunition and five underground stores of weapons and ammunition.”