The Constitutional Committee is experiencing further delays, with the number of those infected rising to four, and members being told to quarantine reports Alsouria Net. 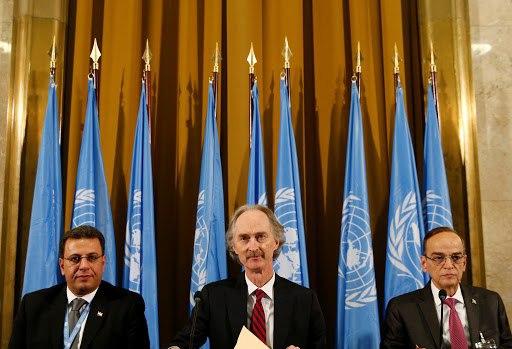 The third round of the Syrian Constitutional Committee meetings in Geneva is still on hold for the second day in a row, after the number of infections among the committee’s members increased to four.

In their statement on Monday, the United Nations revealed that three committee members had tested positive for the virus. However, the head of the opposition delegation, Hadi al-Bahra, wrote in a post on his Facebook page today that the number of infections rose to four, without mentioning the names of the injured.

Bahra said in press statements published on Twitter, “Unfortunately, it was revealed that four members of the committee tested positive for COVID-19 according to today’s test results, which resulted in the suspension of the committee’s meetings and placing all of its members under quarantine in their rooms in their places of residence, for a period ranging from two to 10 days.

While the identity of the infected remains unknown, activists have been circulating names indicating that the four infections came from Damascus and belong to the regime’s delegation. The names are: Muhammad Khair Akam, Darin Suleiman, Ahmed al-Asrawi, and Ali Abbas.