The Assad regime is engaging in a campaign to seize the property of families who have fled Eastern Ghouta to the relative safety of the north reports Zaman Al-Wasl. 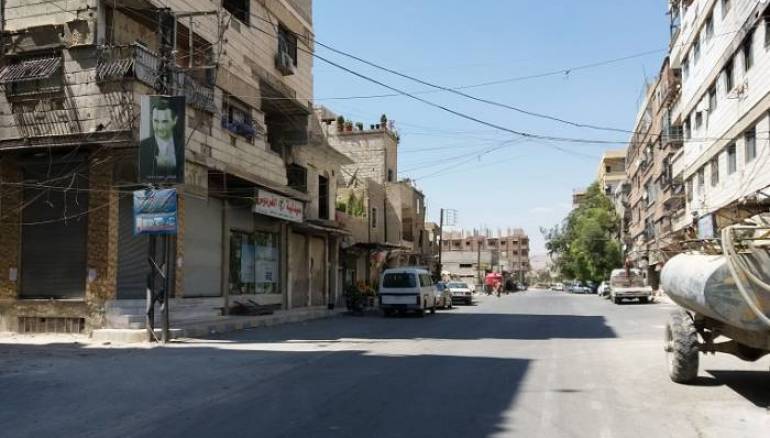 The Syrian regime continues to violate the rights of civilians, looting and seizing the property of the residents of the eastern enclave of Damascus.

The order included houses, shops, land, cars and all property left behind during their displacement to the north, under the pretext that they betrayed their country and that the state has the right to take them.

The Republican Guard patrols removed a family from a house near the municipality of Ayn Tarma whose owner was displaced and is living in northern Syria.

Eight more houses had been seized and permanently closed, while many homes near the al-Hoda mosque were converted to military headquarters for its members.

According to Zaman al-Wasl’s reporter, in July and August, regime intelligence seized approximately 160 homes in Haza, Beit Sui, Misraba, Irbin and Harasta in Eastern Ghouta for the same previous reason.

The same scenario is reoccurring in all provinces where Assad’s forces have recently taken over, including Aleppo, the Qalamoun region and many other areas, not only seizing the property of the displaced, but also the property of everyone who left these areas for fear of oppression.

The fall of Eastern Ghouta last April was achieved in a brutal fashion and changed the course of the war.

Eastern Ghouta was the scene of the first major protests against the rule of Assad in the capital.