The frontlines of Jabal al-Zawiya have witnessed a flare up with the Syrian army and opposition fighters trading blows reports Al-Masdar. 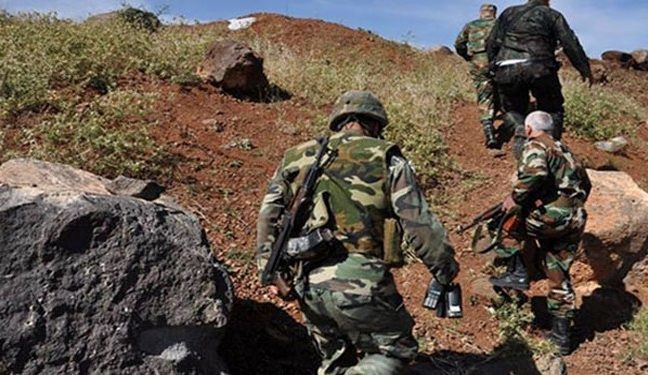 The Syrian army and jihadist rebels exchanged hostilities on Wednesday, as both parties traded heavy artillery and machine gun fire along the frontlines of Jabal al-Zawiya.

According to a field source in northern Hama, the Syrian army was engaged in an artillery exchange with Hay’at Tahrir al-Sham and their allies at a number of points in the Jabal al-Zawiya region, including the area around al-Bara’a.

The Syrian army also targeted the jihadist positions in the town of al-Fateerah, which is where the militants have been firing artillery from.

While some opposition activists claimed that the Turkish military launched an attack against the Syrian army, a military source nearby denied the reports and pointed out that the enemy artillery came from the areas observed by Russian and Syrian reconnaissance planes.

Despite these occasional flare ups of violence, the situation around the southern countryside Idleb does remain relatively stable, and neither party has attempted to advance their positions in quite some time.