Coronavirus is continuing its spread across Syria, with new infections and deaths reported in all different areas of control. 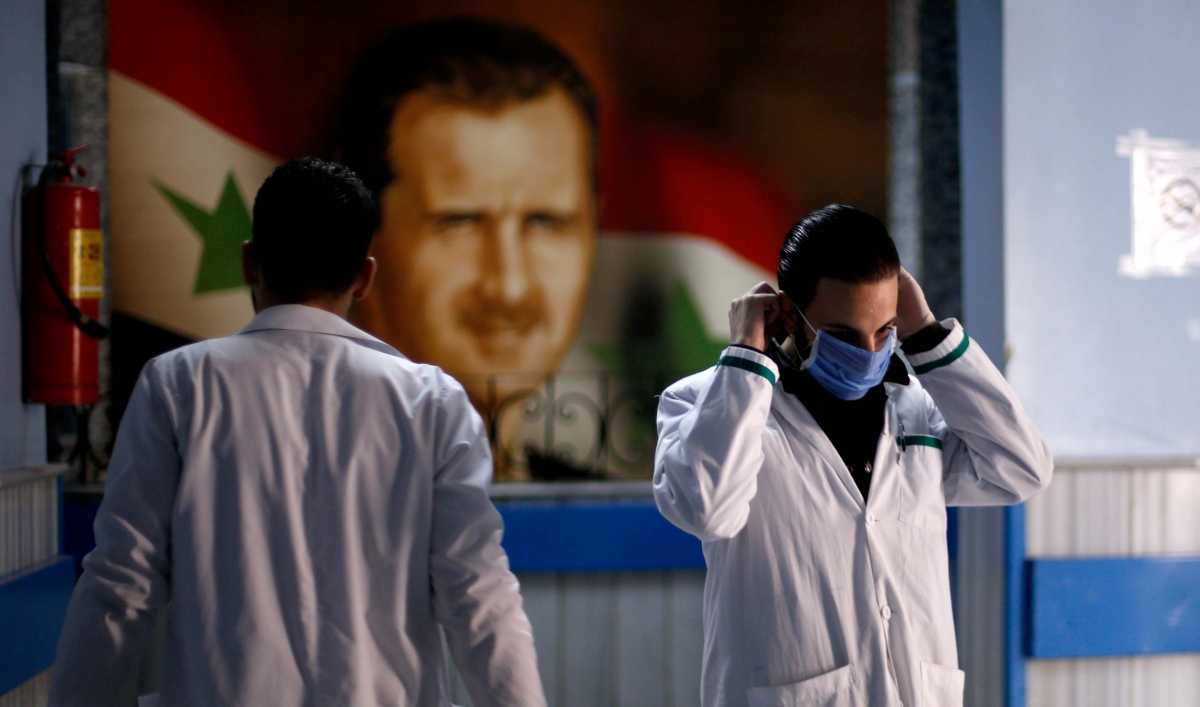 The Syrian Ministry of Health recorded five deaths and 80 new coronavirus cases over the past 24 hours.

In the opposition areas, the Free Aleppo Health Directorate recorded today the first death due to the coronavirus in northern Syria. According to a statement issued by the directorate, an 80-year-old woman with chronic kidney failure died as a result of being infected with the coronavirus in al-Quds Hospital in Dana, north of Idleb.

Following the incident, the al-Quds Hospital imposed a quarantine on the entire hospital.

To date, the number of infections in northern Syria is 54, distributed between 26 in Idleb and 28 in Aleppo, of which 46 have been cured.

Last Friday, the Syrian Interim Government issued a set of instructions to limit the spread of the virus in the region, announcing the provision of batches of face masks, free of charge.

The ministry stressed, “the continued closure of the internal crossing points, the imposition of face masks in public places at risk of paying a penalty, and applying the same rules on people in restaurants, cafes and public parks, who should adhere to the rules of social distancing.”

The Health Authority of the Autonomous Administration announced on Wednesday that 34 new cases were recorded, 14 of which were detected yesterday, while all precautionary and preventive measures were absent in its regions, with people visiting regime-controlled areas and coming back.

This brings the number of infections in the areas under the Autonomous Administration’s control to 144, with 34 new cases distributed as follows: 13 in Hassakeh, 11 in Qamishli, five in al-Malikiyah, four in Amouda, and one case in Rumailan.

The Health Authority did not reveal any new deaths, which keeps the toll at 15 in the Autonomous Administration’s control areas, while eight new recoveries have been recorded, which raises the number of recovered cases to 36.

SY 24 reported that the family of a woman who had passed due to the coronavirus was not able to take possession her body from al-Mahaini Hospital in Damascus, days ago.

SY 24 emphasized that, “the family members of the woman who lost her life to the virus did not find their mother’s body in the hospital’s mortuary, despite being there to sign the death certificate and the discharge form.”

According to sources, “it later became clear that the missing body had been handed over to a family from Jeroud, who had also lost someone. The coffin was not opened before burial for fear of transmitting the virus to the family.”