Dr. Mustafa al-Jazi was arrested by the religious police affiliated with Hay’at Tahrir al-Sham, after an art show that reportedly clashed with Islamic law writes SY 24. 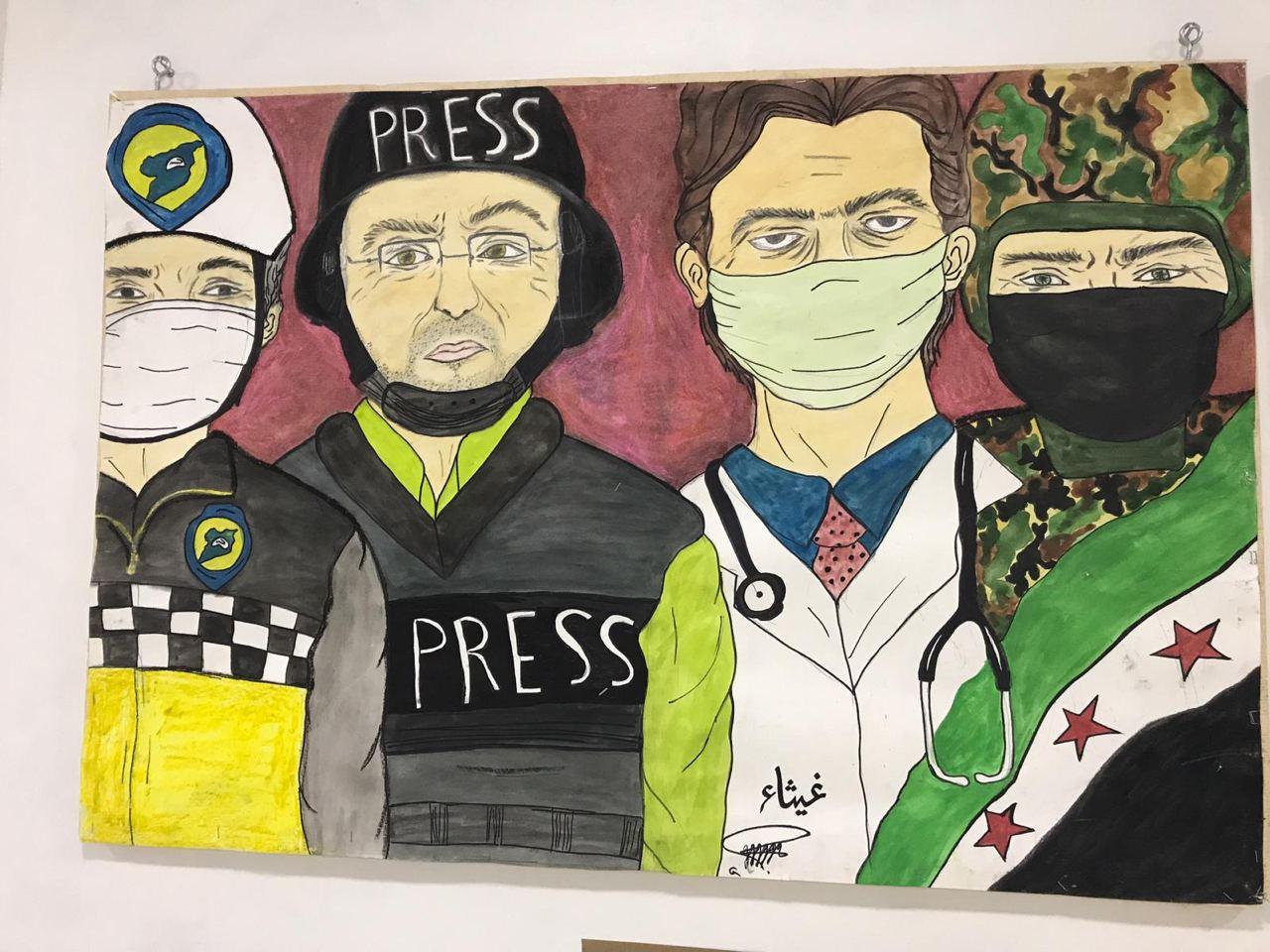 Local sources said that, “those in charge of the center have arrested Dr. Jazi, because the school, which is supported by the Syrian American Medical Association (SAMS), hosted an artistic event in which they exhibited drawings by a distinguished student, Ghaitha Zankeeh.”

According to the same sources, “the center justified its action by saying that the drawings depict content that violates Islamic law.”

Zankeeh was also summoned for questioning at the center this morning.

The drawings touch on various themes. They highlight the importance of the medical staff confronting the coronavirus, the position of Syrian women and their importance in society, in addition to some of them containing messages about the humanitarian situation in Idleb.

Activists condemned the incident, as, according to them, the people in charge of the center have no right to arrest any person as long as legal institutions and judicial courts are operating, in addition to the fact that the center’s work should not include arrests in the event of any violation.

The Syrian NGO Alliance (SNA) issued a statement stressing that the incident coincides with International Humanitarian Day, and happened at a time when everyone’s efforts are directed towards addressing the spread of coronavirus in northern Syria. The center, according to the SNA statement, seems to have ample time on its hands to restrict freedom of expression and infringe upon cultural activities and artistic work produced by students.

The Midwifery School in Idleb organized a protest this morning to express its resentment at the disappearance of its director after he was summoned to the al-Falah Center for investigation.

The Syria Humanitarian Response team said in a statement today that it is monitoring the situation and is greatly concerned about the kidnappings and random arrests of humanitarian workers in northwestern Syria by some military authorities in the region, in addition to the attacks on medical cadres involving robbery and armed attacks.

The Syria Humanitarian Response team recalled memories of the religious police which, since its establishment three years ago, have committed many violations and abuses against the people of Idleb, be it harassing, pressuring or intimidating them, which on many occasions Hay’at Tahrir al-Sham chalked up to personal mistakes.