Following news about a deal between Israel and the UAE, Bouthaina Shaaban has questioned what the UAE could hope to gain and the commitment of Israel reports Al-Watan. 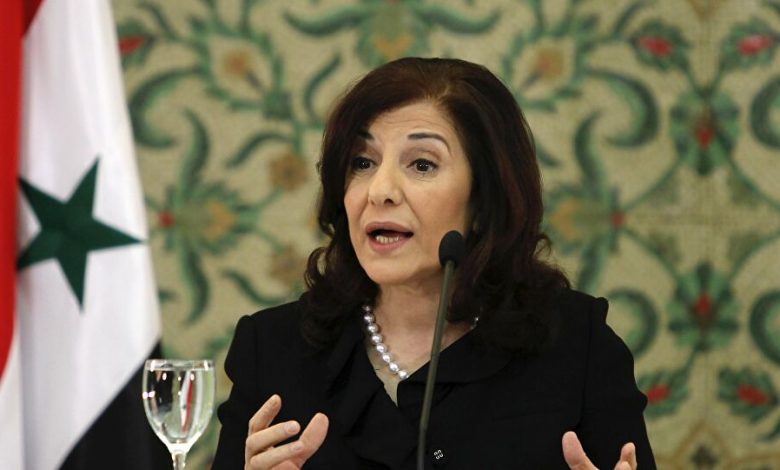 Bouthaina Shaaban, political and media adviser to the President of Syria, said that the establishing of relations between the United Arab Emirates and Israel will not benefit the UAE.

Shaaban said in an interview with Al-Mayadeen, “I want to ask the countries that normalized relations with Israel: What has Israel implemented from all the agreements signed previously, from the Camp David accords, Wadi Araba and Oslo, and the agreement with the UAE? What is in it for the UAE?”. She added, “The enemy succeeded in planting the idea that the cost of war is very expensive and that peace is less expensive. I do not know if there is an interest for the UAE to normalize relations, because, again, what has Israel implemented?”

She explained that for decades, “Israel has been trying to defeat Arab nationalism and the solution for us [Arabs] is to adhere to our national identity and our Arab nationalism.”

Shaaban pointed out that Israel is interested in spreading its influence across the Arab region, and surrendering to Israel did not make any Arab country better than it was, but rather made it worse. Shaaban asked, “What is the current state of the countries that have normalized relations with Israel?”

She explained that Iran has proven its ability to address the blockade and Western targeting with wisdom and pride, and has managed to learn from the ordeal and use the lesson to develop itself. Therefore, the future of the Arab people and Arab countries should be by possessing the elements of strength and steadfastness. She added that Iran is an ally and a friend, as well as Russia and Hezbollah and whatever strengthens their position strengthens our position.

Shaaban said, “President Assad’s words were a direct and clear response that our relationship with the allies is strategic and distinct, and what has been talked about regarding the impact of these relations is psychological warfare.”

Shaaban considered it hypocritical for Turkey to say that it is considering severing its relationship with the UAE while it has, in fact, been normalizing relations with Israel for 40 billion dollars.