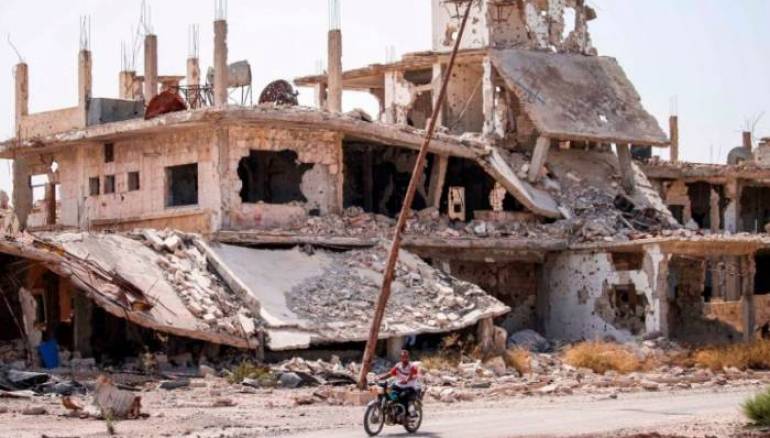 According to residents, regime forces have rammed their vehicle into a man riding a motorcycle in the town of Nawa. After the car-ramming attack, the young man was brutally beaten and killed.

Also, an unknown armed group has attacked two military posts in the town of Jassem in the eastern countryside of Daraa. The assailants have used improvised explosive devices in the attack.

On Tuesday, three Military Intelligence operators were killed by an improvised explosive device in Daraa.

The hunting of regime officers and intelligence agents has mounted in recent months, alarming the regime, as the two-year-old reconciliation deal in southern Syria bears little fruit.

Damascus has failed in southern Syria, as its notorious security services continue arrest campaigns and keep tracking former rebel fighters who laid down their weapons, seeking to start a new post-war life.

Feeling insecure, has pushed dozens of former rebels to carry weapons again, according to analysts.

Russia, the de-facto ruler of Syria, tried to engulf the tension by freeing detainees and providing promises, most of which have not come true, activists say.