Coronavirus is spreading in Syria, with 561 people recorded as being infected, although it is thought that the number could be higher. 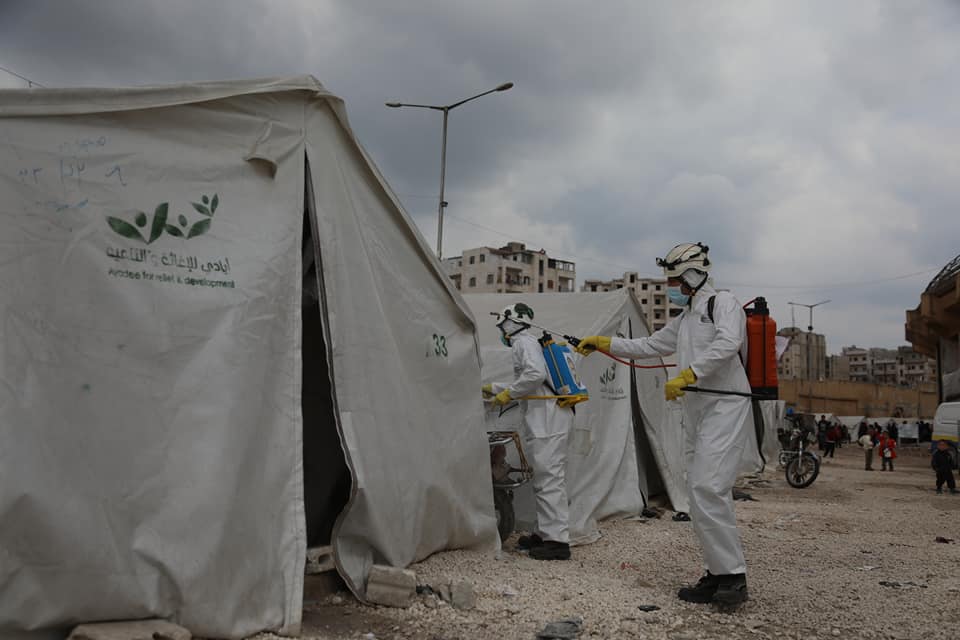 The Ministry of Health, announced on Wednesday that it had recorded 21 new cases of the coronavirus, which brings the total number of infections in Syria to 561, including 165 recovering cases and 32 deaths, according to the official announcement.

Moreover, the ministry has sent out a circular to all private hospitals in the capital, stating that not all urgent, or even surgical cases can be admitted during the coming period due to the outbreak. The SY 24 correspondent in Damascus said that, “the transfer of cases from private to public hospitals has caused the death of several patients as a result of waiting for a long period of time to be examined.”

Private sources revealed to Sowt al-Asima that discussions were held two days ago, between the Syrian regime and the governmental team tasked with containing the spread of the coronavirus in Syria, about potentially re-imposing a partial lockdown in all governorates under the control of the Syrian regime. The Syrian government denied this.

The pro-regime Jaramana News Network announced on Wednesday, that 15 new cases were recorded among residents of Jaramana city in the Damascus countryside.

Eight employees of the regime’s media establishments in Damascus were also infected, including three who work for the official SANA agency.

Opposition station Syria TV said that Samer al-Shaghri and Kawthar Dahdal, both SANA employees, tested positive for the virus, along with another anonymous person.

Syria TV, quoting an informed source in the ministry, confirmed that five employees of Al-Thawra newspaper were infected, including an engineer and his wife, a mother and her daughter who work in the newspaper’s financial department, and one of the station’s drivers.

According to the same source, “There are suspicions that a ministry employee got infected and that officials were trying to conceal it.”

Despite the preventive measures followed in northern Syria since last March, the novel coronavirus invaded Idleb and the surrounding countryside of Aleppo. The first infection was detected on Jul. 9, 2020, and by Jul. 22, 2020, it had risen to 22. There are expectations that the number of infections will rise in the coming period, which has raised alarms in a region housing four million people, a quarter of whom reside in overcrowded camps.

Despite the late arrival of the virus to these areas, preparations started when its spread in neighboring countries, especially Turkey — which borders northern Syria — where precautionary measures seemed insufficient. The capabilities of organizations remain limited, while the medical system is described as fragile.

The Syrian Civil Defense intensified its campaigning after the arrival of the coronavirus in northern Syria, which is outside the control of the Assad regime. It has stepped up operations to sanitize public facilities in all regions, according to a member of the media office of the organization.