The Syrian National Army and the regime have conducted a prisoner swap in Aleppo, after months of negotiations writes Sham Network. 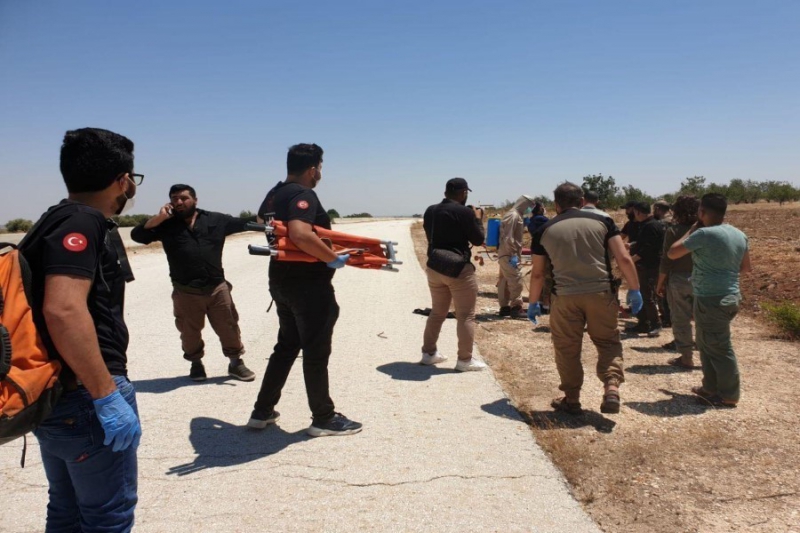 The third legion of the Syrian National Army (SNA) announced a prisoner exchange between them and the Assad regime on Sunday in the northern countryside of Aleppo.

The exchange process took place near the village of Maraanaz, south of Azaz in the countryside of Aleppo, where the prisoner, Shaaban Muhammad Othman from Menagh, was freed, after a months long negotiation process, according to an official written statement published by the SNA.

The statement explained that Othman was arrested by the Kurdish separatist militias while he was entering the city of Afrin four years ago, and he was handed over to the Assad regime with all the detainees captured by the militias back then, immediately after its withdrawal from the city at the beginning of 2018, as part of Operation Olive Branch, which resulted in the liberation of the Afrin region and its surroundings.

On May 18, 2020, the National Liberation Front (NLF) conducted a prisoner swap with the regime’s militias, where three prisoners were freed in exchange for handing over a man and a woman who cooperated with the regime and the bodies of two fighters from of the Iranian militia in the town of Taftanaz in the Idleb countryside.

Hay’at Tahrir al-Sham and the factions of the SNA had announced a prisoner exchange between them, Hezbollah, and the regime in the Aleppo countryside. The exchange deal included the release of members and civilians detained in the regime’s prisons.