Two fighters from the regime’s Third Armoured Division were killing in Raqqa as they guarded an oil field writes Sowt Al-Asima. 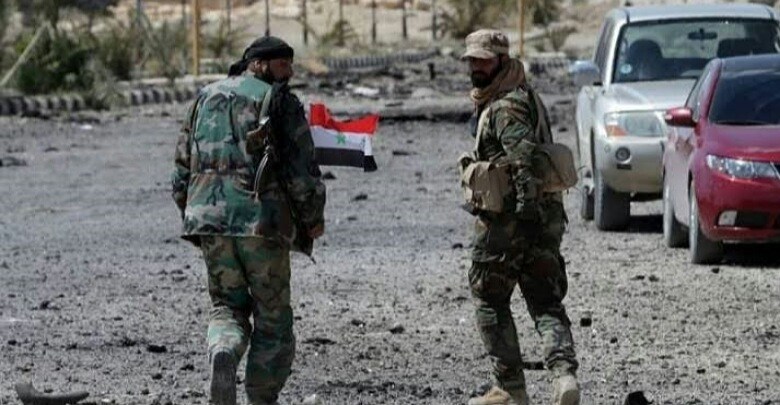 Two members of a local militia operating in the Qalamoun area of ​​the Damascus countryside, which belongs to the regime’s Third Armoured Division, were killed in Raqqa Governorate, while they were carrying out their military missions.

Sowt Al-Asima’s correspondent in Qalamoun said that Ibrahim Hakki, from the city of Nabek in eastern Qalamoun, 28, was killed yesterday in the al-Rusafa area of ​​Raqqa Governorate, as well as Abdul Rahman al-Ghazi from al-Burayj village.

According to the correspondent, the aforementioned are affiliated with one of the local militias operating in Qalamoun, some members of which were sent to Raqqa, as a counterweight to the Third Division, at the beginning of the year.

It is worth noting that the funerals of Alaa al-Khatib, from the ranks of the 11th Division, took place at the end of last June in the city of Jeroud in eastern Qalamoun. Khatib was killed in the southern Idleb countryside, a month after he was transferred there.

Furthermore, Iyad Baladi, 23, from the town of Ayn Minin in western Qalamoun, was killed last week in Kabanah in the Lattakia countryside, and was taken to the military hospital in Lattakia before authorities handed over his body to his relatives.

A while ago, the people of the town of Zakiya in the western countryside of Damascus organized the funeral of Ahmed al-Wagha, 24, who fought with the Second Armoured Division and who was killed by a sniper in Kabanah in the countryside of Lattakia.

More than 18 volunteer settlement members, belonging to pro-regime militias from the eastern and western Damascus countryside, died during the battles that took place on the northern Syrian fronts last March.

The Sowt Al-Asima team has documented the killing of more than 40 volunteer settlement members in pro-regime militias, from the eastern and western Damascus countryside, on the battlefronts in northern Syria in January and February 2020.