A group of prominent individuals from Daraa have written a letter to the regime to complain about the behaviour of the security services and the way they treat citizens writes Sham Network. 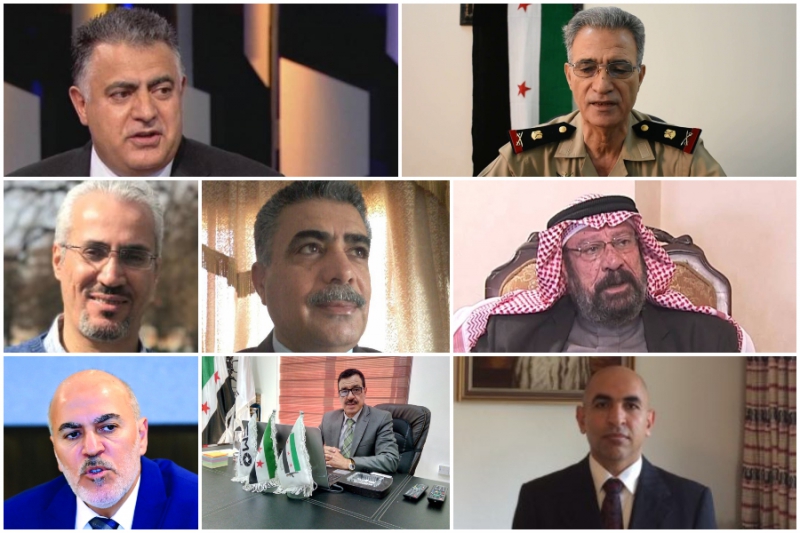 A number of politicians, military personnel, economists, and notable figures from the Daraa Governorate have signed a statement warning the Syrian regime against carrying out any operation in the governorate, all the while refusing to engage the people of the governorate in any fight.

The statement was signed by 18 figures, including the controversial Dr. Khaled al-Mahamid, who had been identified as the link between the fall of Daraa and the settlement and reconciliation process that was signed in 2018, backed by Russia.

The statement added that the security services arrested more than 1,500 activists and cadres, even though that was prohibited according to the agreement signed with the Russian guarantor. Moreover, the security authorities arrested persons known for being peaceful from day one. The statement stressed the importance of advancing a comprehensive political solution in accordance with Resolution 2254.

The statement emphasized that the security services, in coordination with gangs brought in from outside the governorate, stole people’s property and livelihoods and sold it in the market in broad daylight. What is more, the security services recruited a number of Islamic State leaders to join their ranks in exchange for bribes and security privileges.

In their statement, the signatories stressed that they are seeking a political solution, and they also distinguished between the security services and the Syrian state, noting that the security services are the ones who have come back to suppress the people, arrest them, steal their property, and loot them at the checkpoints they have put up.

It should be noted that the statement did not mention the Syrian regime, nor its head, but rather specified the party it is pointing at in its statement, which they referred to as “the security services.”

The statement pointed to the security services’ attempts to create disputes with the people of Suweida Governorate, which were resolved through goodwill ambassadors from both sides.

The statement noted the employment of what was referred to as paid journalists who speak to the media using obscenity and spread sectarian tensions about the people of Daraa, calling them criminals. This is in addition to bringing in “experts”, paid by Hezbollah, who have never been to Houran, to spread lies about an impending US-Israeli project to establish an “independent region” in the area.

The signatories stressed that the orchestrated campaigns will not dissuade them from excluding any non-Syrian force from the Daraa Governorate, and that they do not accept the participation of any compulsory service soldier in the fight against his Syrian brothers, because intra-fighting is “haram” [forbidden]. According to the statement, even if the governorate is deprived of aid, the people of Daraa will have no emotional response whatsoever.

The statement warned the security services, the cowardly, mercenaries, and the media against any action against the people of Daraa.