The leader of the Tiger Forces has visited Raqqa, where he toured military points and met with regime fighters reports Baladi News. 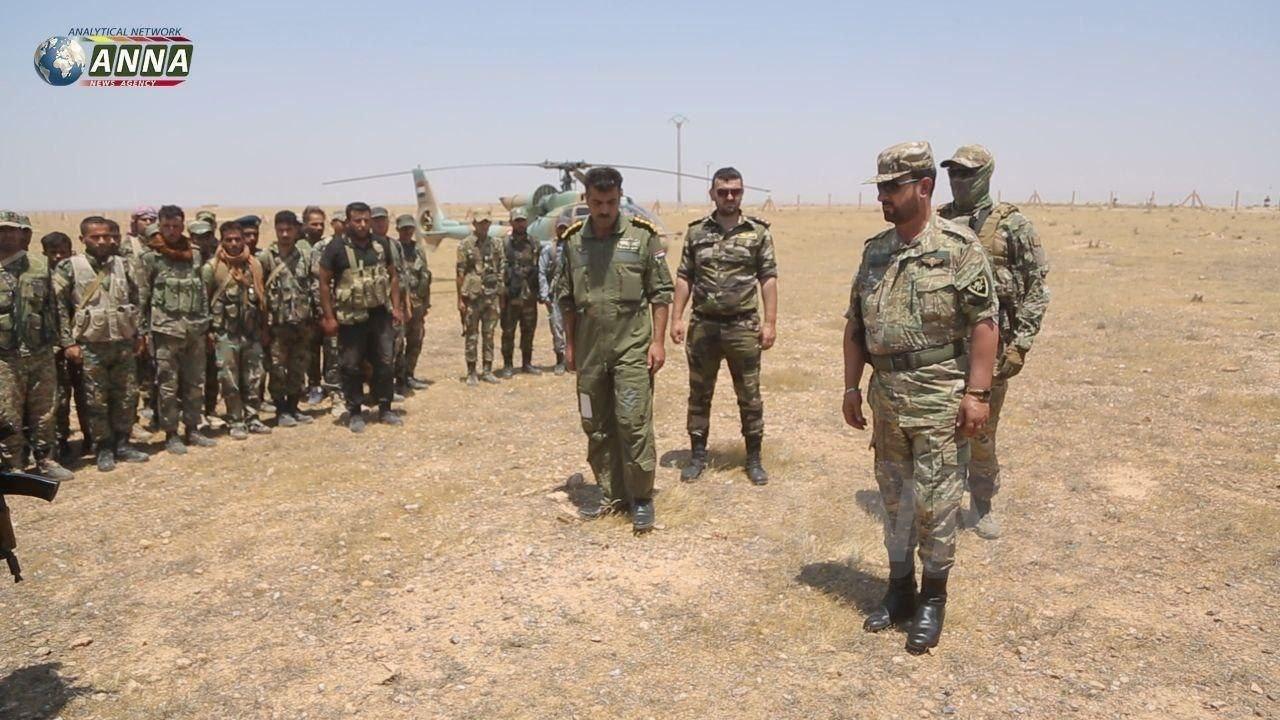 Regime forces Brig. Gen. Suheil al-Hassan, who is the current commander of the 25th Special Mission Forces Division, also known as the Tiger Forces, made a surprise visit to the western countryside of Raqqa, a regime-controlled area.

Pictures published by the Russian ANAA agency on its Telegram channel showed Hassan, accompanied by his men, in the desert of the western countryside of Raqqa. The exact region was not specified.

Russian news agency Sputnik quoted a military source in the 25th Division, saying, “Suheil al-Hassan toured several military points in the region, and met with a number of regime officers.”

The source added, “Huge Syrian military reinforcements have recently arrived in the Raqqa countryside, loaded with ammunition, before being spread out in the region.”

Regarding the possibility of a regime-led military operation in the region, the source said that all possibilities are on the table and that they are prepared to receive and implement orders — including any military mission that the General Command of the Armed Forces may decide to carry out in the region.

According to sources, the military operation that the regime might launch in the region would be against the Syrian Defense Forces (SDF), which is led by Kurdish units, for, despite the presence of regime forces in some parts of Raqqa, most of the governorate, including the city center, is under SDF control.