Six shepherds were kidnapped and murdered in rural Raqqa, and the finger of blame has been pointed at the regime and the Islamic State reports Al-Modon. 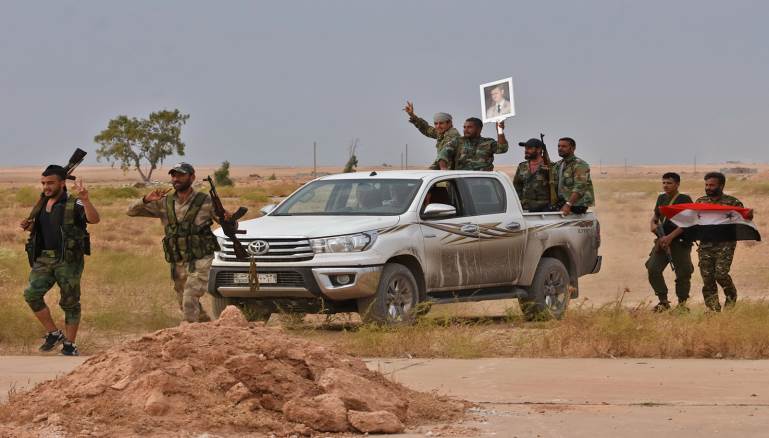 Local sources said the massacre occurred in the village of al-Ghanem al-Ali in the Maadan area of rural southeastern Raqqa, which is under regime control. Gunmen stormed the village, burned crops and kidnapped the six shepherds. Their bodies were found at dawn.

Accusations for the massacre pointed to the Islamic State (ISIS), as the group often kidnaps and kills shepherds and truffle collectors in the Badia region for not paying zakat or informing on them to the regime forces. Activists also accused regime forces and affiliated militias of carrying out the killings.

According to media activist Muhammad Othman, the fingerprints of regime-affiliated militias are apparent in this crime. This killing is the fifth of its kind since February, when the first massacre happened 24 hours after the killing of Iranian general Qassem Soleimani, which activated Shiite militias in the Maadan area. They killed 24 civilians from the area in cold blood, in revenge for the death of the Iranian general.

Later on, Othman adds, attackers carried out three massacres in the same manner in the area. Tuesday’s was the fifth such attack, with the total number of victims in this series of massacres now reaching 40 people. Most of them were shepherds who went out into the Badia in the spring months.

Othman ruled out the possibility that ISIS could have been responsible for these massacres, as this area is under the total authority of regime forces and allied milities. Most notable of those militias is the so-called “Tribes Army,” led by Turki al-Buhammad, in addition to Iran-linked Shiite groups.