The guarantor nations of the Astana talks have agreed to meet virtually, to discuss issues related to Syria and will meet in-person at a later date writes Alsouria Net. 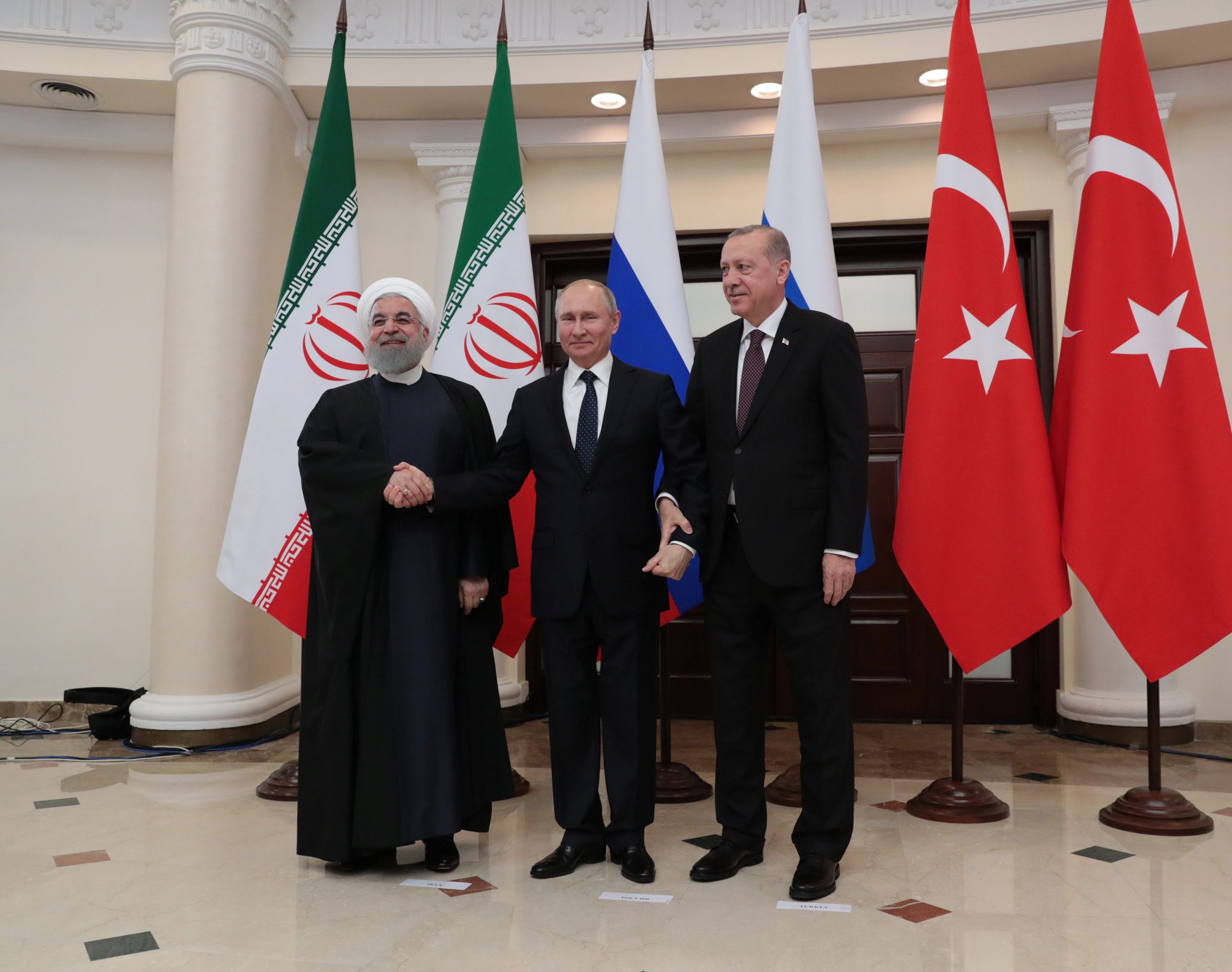 Leaders of the “guarantor countries” for the Astana talks, which include Russia, Turkey and Iran, are set to hold a video conference to discuss Syria, to be followed by a face-to-face meeting.

Iranian Foreign Minister Mohammad Javad Zarif said his country had obtained Turkish and Russian agreement to hold the video meeting within the Astana track, provided all three leaders showed up.

He added that that virtual meeting will be followed by an in-person summit. Presidents of the three countries are to meet in Tehran, Zarif said, without specifying a date, indicating that the gathering will occur once their schedules are arranged.

The virtual meeting ended with broad plans. The ministers agreed in a closing statement on, “the necessity of continuing consultations and coordination at the highest level between the two countries. They also discussed the ceasefire agreement in Idleb, the latest developments east of the Euphrates and a political solution for Syria that would ensure the return of refugees.

Iran has made several moves on the Syrian file ahead of implementation of the so-called Caesar Act. The Iranian foreign minister visited the Turkish capital Ankara on Sunday, meeting with Çavuşoğlu before heading to Moscow today to sit down with Lavrov.

Iran also announced that it would hold a tripartite summit with Russia and Turkey soon, without specifying the agenda that will be discussed, whether regarding the Syrian file and other topics.

The upcoming summit was announced on Monday by Iranian Foreign Minister spokesperson Abbas Mousavi, who said that the meeting would be “soon.”

Iran’s moves come just hours before the Caesar Act comes into effect. The bill includes measures imposing sanctions on all those who provide any economic support to the Syrian regime, especially regarding reconstruction. The US sanctions are expected to extend to Iranian and Russian individuals and entities, increasing pressure on Assad to accept a political solution.