Hatem Badawi has been identified as another agent of the Syrian regime living in Germany, who is suspected of feeding information back to Damascus writes Zaman Al-Wasl. 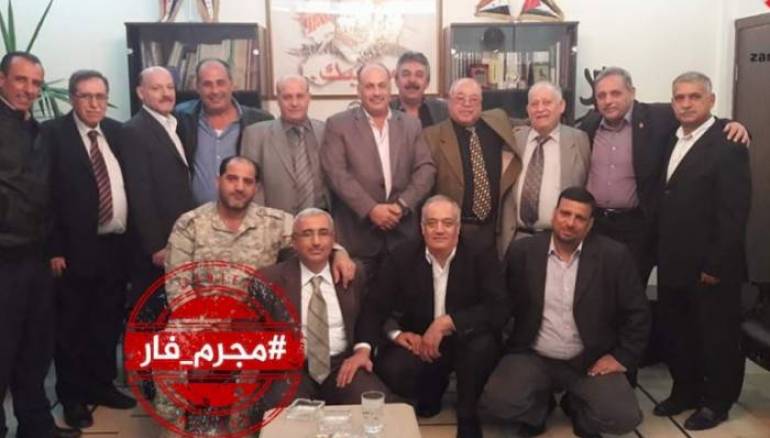 Hatem Abdulaziz Badawi is another Syrian refugee in Germany who served in the Syrian intelligence services and was involved in war crimes against the Syrian people.

Eye-witnesses have provided Zaman Al-Wasl with images and audio testimonies revealing the notorious career of Badawi, who worked as a security informant for over 15 years in the Syrian capital.

According to Zaman Al-Wasl sources, Badawi had been collaborating with the internal branch, known as al-Khatib and the State Security Intelligence.

Also, he worked with the Military Intelligence Division Branch (235) where dozens of peaceful demonstrators and pro-democracy activists were detained and killed under torture.

One of the eye-witnesses, who is also based in Germany, is ready to stand before the German courts to testify against Badawi.

Syrian journalist and writer, Asaad al-Qassar, confirmed to Zaman Al-Wasl that he saw Badawi in the southern Zahira district of Damascus, monitoring and photographing protesters during the first few months of the revolution that erupted in 2011.

“I saw him at a restaurant with a group of shabiha carrying sticks and clubs. At the time, his role was limited to taking photos and communicating through the wireless device that he carried.”

He later infiltrated a neighborhood council claiming to have defected from the regime, which led to the arrest of 14 activists who are either still detained or have been killed under torture.

Badawi also contributed directly in the arrest of approximately 400 people from Zahira and Maydin, who took in the displaced families who fled the Homs bombing, on charges of harboring terrorists despite the fact that most of the displaced were children, women and elderly.

Badawi arrived in Germany at the end of 2018 through the process of family reunification, to join his wife there.

According to our sources, Badawi has since traveled back to Syria, which raises suspicion that he continues to work with the regime’s intelligence in Germany, where hundreds of thousands of Syrians have taken refuge, including activists, political opposition and defected officers, which puts them at risk.

The German channel RTL aired a report about members of the Syrian regime’s security services who applied for asylum in Germany. The report indicates, and provided proof, of their involvement in the torture of detainees in Syrian prisons. These people reside in the refugee shelters without being subjected to any legal prosecution.