Moscow is reportedly disgruntled with the Syrian government and their decision to allow Iranian forces near Damascus airport, despite previous promises writes Asharq Al-Awsat. 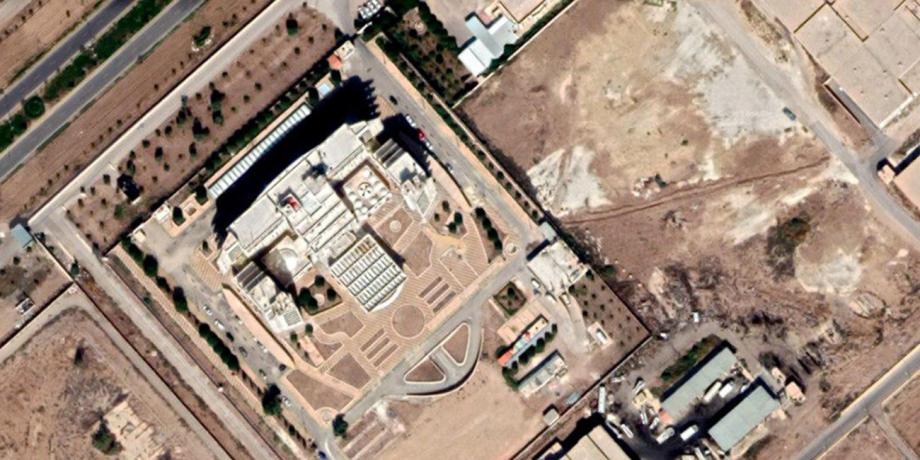 Indications emerged yesterday in Moscow of new tensions with Damascus, described as “Russian discontent,” as the Syrian government appears to neglect its promises and allowed the return of Iranian forces to vital areas that Moscow and Damascus had previously agreed would be off limits.

Russian media quoted sources as saying that Moscow was “yet again facing Damascus’ retreats from its prior agreements.” Outlets pointed to information confirming the presence of Iranian forces and groups belonging to Tehran near the Damascus airport, in a location called the “glass room.” According to information, Moscow had asked Syria to place restrictions on an Iranian presence in this area, especially after Damascus airport faced a number of airstrikes by Israel. Data published by Russian search engine Rambler, said the complex contains about 180 rooms and had been used as an Iranian administrative center for operations management, before the area was emptied out, as per an agreement between Russia and Damascus. Moscow later pledged to restore the complex, and was preparing to pump investments into it.

Data indicated that several Iranian meetings took place in this complex after the Russia-Damascus agreement. Among them was a wide reaching meeting in January. Iranian forces subsequently continued to use the complex for multiple purposes, including treating the wounded and those ill with coronavirus inside a hospital there.

Sources said that Moscow was drawing up plans to invest in the Damascus airport and use the surrounding areas, and was keen on removing the Iranians so that it wouldn’t face renewed Israeli airstrikes.

But an Iranian presence near Damascus airport is not the only reason for Moscow’s growing discontent with Damascus. Sources reported that Russia also criticized Damascus for violating a prior agreement regarding ensuring security in the south, which had been reached between Russia, Jordan and Israel and stipulated that the Iranians and other forces affiliated with Tehran withdraw 80 kilometers away from the southern border area. According to the sources, Damascus also violated this agreement by allowing the return of Iranian forces to the area.

Meanwhile, the situation on the ground in Idleb appeared to be heading towards greater escalation, as the tone of Russia’s warnings over continued “provocations” by Jabhat al-Nusra increased. Though Moscow yesterday avoided commenting on reports of Russian airstrikes on Idleb, the head of the Russian Reconciliation Center for Syria, Alexander Sherbetsky, issued a statement that appeared to be aimed at justifying this development. Sherbetsky stated that, “militants from [Jabhat al-Nusra] bombed four towns in three Syrian governorates over the past 24 hours.”

He added that “the [al-Nusra] provocation had targeted al-Malaja, Kafr Mous [in Idleb governorate], Qabtan al-Jabal [in Aleppo governorate] and Keiliz [in Lattakia governorate].”

Sherbetsky pointed out that Russian military police conducted regular patrols in Aleppo and Hasskeh governorates, in addition to Russian warplane patrols in the area. Statements released in recent days by Russia’s Defense Ministry focused strongly on what they described as “attempts by [al-Nusra] to undermine the ceasefire agreement,” while emphasizing each time that Russia “did not observe violations from Turkish-supported factions,” indicating that Moscow hopes to ensure that deteriorating conditions on the ground do not impact the Russian-Turkish agreement regarding Idleb.