In anticipation of an assault by regime backed forces, Turkey has spoken to residents who are in the firing line reports Nadaa Syria. 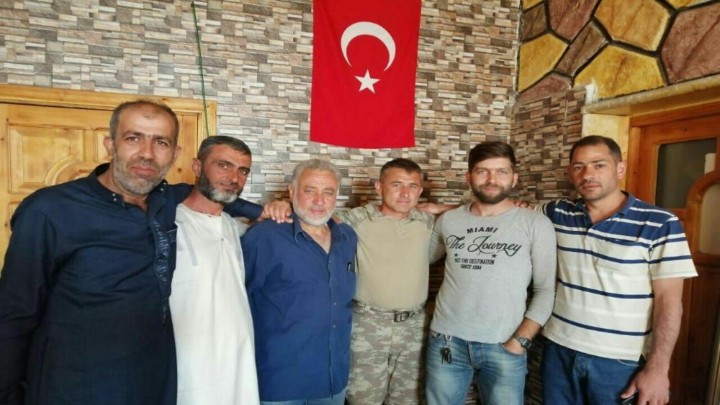 On Tuesday, a Turkish officer met with a number of civilians in rural southern Idleb’s Jabal al-Zawiya to inform them of military developments and the Turkish army’s role in the fighting should Russian militias launch an attack on the area.

According to a local source who spoke with Nadaa Syria, the meeting took place at the Turkish military point located in the town of Ahsam in Jabal al-Zawiya, and included officials in charge of the point as well as a delegation of local residents.

The Turkish officer promised residents that they would engage in combat with Russian militias represented by the Assad regime, should fighting break out in Jabal al-Zawiya.

The Turkish army called on residents to take precautionary measures, as the commander had observed a military buildup of Russian militias in Maaret al-Nu’man and Kafranbel in rural southern Idleb.

The National Liberation Front on Tuesday declared the eastern sector of Jabal al-Zawiya a military zone in order to protect civilians, as the area has faced repeated artillery bombing and shelling.

The Turkish army is deployed across Jabal al-Zawiya at a number of military points set up recently. The most important is located on the peak of al-Nabi Ayoub. Turkish forces have also recently fortified their positions in Idleb governorate in general, with air defense systems, armored vehicles and tanks.