The Islamic State have assassinated a man in Deir ez-Zor, who they claim was a mukhtar for the Self-Administration reports Enab Baladi. 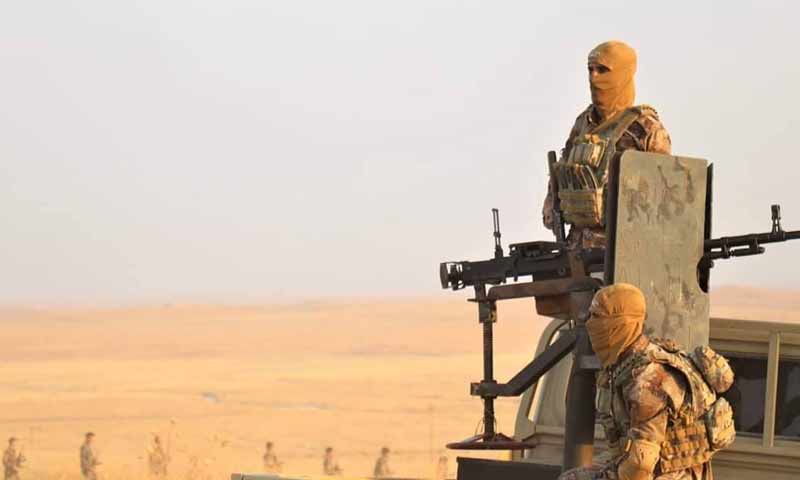 The Islamic State (ISIS) claimed the assassination of a person in Deir ez-Zor who they claimed belonged to the Self-Administration in northeastern Syria, while the Syrian Democratic Forces (SDF) responded with raids searching for the group’s cells.

The Islamic State’s Amaq agency wrote on Tuesday via Telegram, details of the killing of a man called Hmeid al-Daif in rural eastern Deir ez-Zor.

He reportedly died from gunfire on Monday in the village of al-Breihah in the al-Buseirah area, with ISIS justifying the killing on the pretext that Daif was a mukhtar for the Self-Administration’s YPG.

An Enab Baladi correspondent in Deir ez-Zor reported that Daif, who was 70 years old, was killed because of a vendetta against him, according to eyewitnesses in the area.

Local news networks reported that Daif worked as a mukhtar in the area, and received support from the Self-Administration.

In its latest operations in Deir ez-Zor, ISIS has honed in on officials and fighters affiliated with the Self-Administration and YPG, alongside seemingly daily operations against the SDF.

The SDF today unleashed a campaign of raids in a number of villages in rural Deir ez-Zor, searching for people accused of working with ISIS.

The Deir ez-Zor Media Center reported that the SDF arrested two people in the town of Baghouz, and others in the town of al-Souseh who were in possession of weapons, indicating that they belonged to an ISIS cell.