Different Kurdish groups have been meeting to discuss efforts to create unity between all sides, in a process that has been supported by the US, France and Russia reports Alsouria Net. 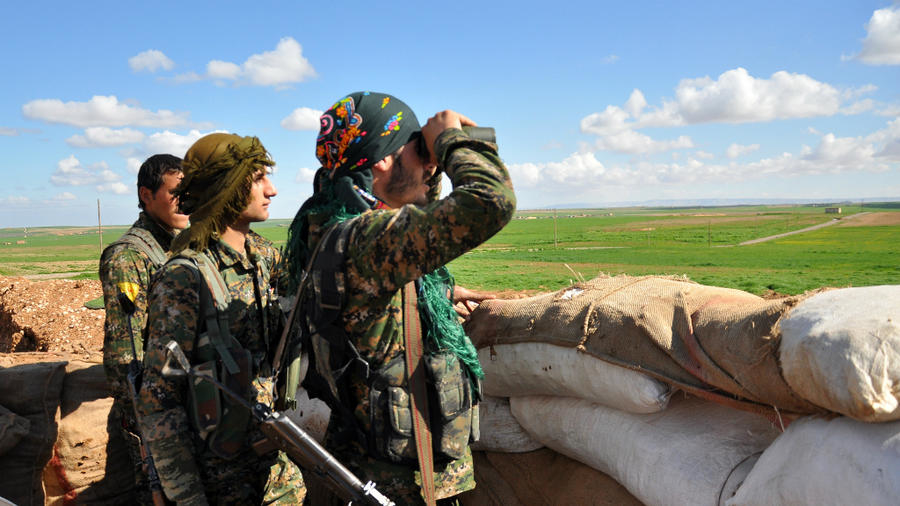 Negotiations to reach Kurdish “unity” in Syria are ongoing, with direct sponsorship from the United States and France.

The negotiations between the Democratic Union Party (PYD) and the Syrian National Coalition-affiliated Kurdish National Council (KNC) follow years of estrangement between the two sides, and all eyes look towards a political solution after years of military campaigns.

According to a high-level leader within the KNC, contention remains between the two sides over three main points: the PYD’s dependence on the Turkish-based Kurdistan Workers’ Party (PKK); the simultaneous presence of two separate Kurdish military forces (the KNC’s Rojava Peshmerga and the Kurdish People’s Protection Units, known as the YPG, which are associated with the PYD); and the fate of the Self-Administration, which was declared unilaterally in 2014.

The KNC believes in establishing a new administration with services, security and economy with international sponsors and partnership. Meanwhile, the PYD sees the Self-Administration as a Kurdish achievement that has potential for expanding and including all Kurdish frameworks while preserving and developing it.

The KNC official said the fate of detainees remained unknown.

A prominent negotiator from the PYD told Asharq Al-Awsat that the, “KNC must take a clear stance on the Turkish occupation of Kurdish lands in northern Syria,” referring to Afrin and Ras al-Ayn.

The official added that he and others had demanded the participation of all Kurdish parties in Syria, especially those in the Self-Administration, which leaders in the KNC have reservations about at this stage. They also called on a continuation of direct talks between the two sides.

Turkey has confirmed that it will not allow attempts by Russia and the United States to legalize the YPG, which forms the largest component of the Syrian Democratic Forces (SDF), by integrating the group within the path towards a political solution in Syria.

Recent days have seen movement towards reaching Kurdish unity between the PYD and KNC.

The unity talks have received support from the international community, especially the US, France and Russia.