Syrian refugees living in Lebanon are being forced from their homes and the coronavirus pandemic continues to grip the country reports Sowt Al-Asima. 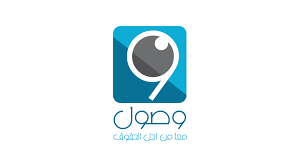 The Access Center for Human Rights released a report Tuesday on the most prominent violations facing Syrians in Lebanon over the course of the coronavirus pandemic.

The group recorded four cases of forced evictions against Syrian refugees by landlords in a number of regions in Lebanon, amid deteriorating living conditions due to the coronavirus lockdown and scarcity of work.

“The forced evictions of Syrian refugees may expose them to the risks of family separation and other serious violations, noting that people who have been expelled have temporarily taken refuge with some friends or relatives, which may also expose them to risks due to some municipalities preventing Syrian refugees from receiving visitors in their areas of residence,” according to the report.

In one case mentioned in the report, municipal workers in the town of Tallouseh in the Marjayoun district refused to allow a Syrian refugee to enter the town even though he had been living there for the past eight years. His landlord did now allow him to collect his belongings until he paid his past two months’ rent.

In another case, municipal police in the Saida district town of Alman evicted a family of Syrian refugees after a resident stopped one family member while he was out buying necessities. The resident justified stopping him on the pretext of the curfew, despite the man having left his house during the allowed time slot.

According to the report, the Access Center documented these violations between Apr. 15 and May 7, 2020. The center also recorded 100 cases of arbitrary arrests of Syrian refugees by various political and social parties over the course of 2019.