Following an attack by opposition forces, the Syrian army has hit back, targeting points belonging to the jihadist rebels reports Al-Masdar. 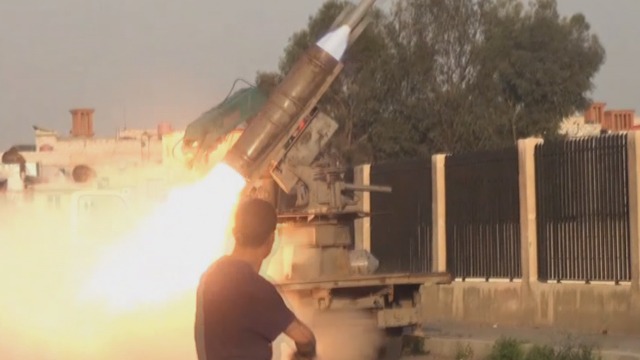 The Syrian Arab Army has responded to the jihadist missile strikes on the Hemeimeem Airbase in Lattakia by launching a heavy attack against the militants in the southern countryside of Idleb Governorate on Sunday.

According to a field source in northwestern Syria, the Syrian Arab Army unleashed a heavy assault along the southern Idleb front-lines, hitting a number of points belonging to the jihadist rebels.

In particular, the Syrian army targeted the jihadist-held areas in Kansafra, al-Bara’, and Ayn Larouz, while also hitting the militant sites inside the al-Ghab Plain region of northwestern Hama.

The attacks by the Syrian army are still ongoing at this time, with these strikes primarily focusing on the jihadist defenses of Hay’at Tahrir al-Sham, the “Rouse the Believers” operation room, and the Turkistan Islamic Party.

Sunday’s attacks on these axes in Jabal al-Zawiya and al-Ghaab are the heaviest strikes launched by the Syrian army since the Mar. 5, 2020, Moscow Agreement.

With the jihadist attack on the Hemeimeem Airbase last night, it is likely that the Russian military may support a new operation against the militant forces inside the Idleb Governorate.