Hussein al-Zein al-Shihabi was killed when his vehicle exploded in the city of al-Bab, although it is unknown who targeted him or why reports Syria TV. 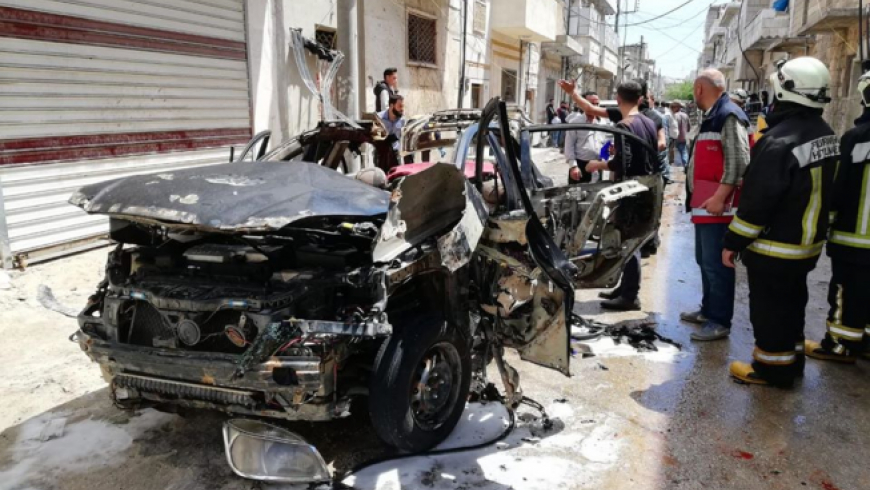 A civilian died on Tuesday when an explosive device planted on his car by an unknown assailant went off in the eastern Aleppo city of al-Bab, which is under the control of the Syrian National Army.

A local source in al-Bab told Syria TV that the explosive device detonated in the car of Hussein al-Zein al-Shihabi outside his home near the Fatima al-Zahraa mosque, killing him immediately.

The source explained that Zein, who was 27 years old and worked in the field of money exchange, set off the car explosion when he got into the vehicle right after leaving his house. There was no information as to why he was directly targeted.

An explosion in al-Bab killed a number of people in April. Said al-Ragheb, head of the lawyers’ syndicate, also died in an explosion with his two children in March.

Al-Bab is the largest city in rural northern and eastern Aleppo, which is under the control of Free Syrian Army factions and Turkish forces following the Euphrates Shield military campaign to rid the area of the Islamic State on Aug. 24, 2016. The city still sees sporadic clashes between factions, as well as security woes that have led to bombing attacks on civilians.

The areas under the control of the Syrian National Army factions in rural Aleppo still see numerous explosions and vehicle bomb attacks. Most of the casualties are civilians. Meanwhile, blame has been pointed at the Syrian Democratic Forces, the Assad regime forces and Islamic State cells.