The Turkish regime is sending more Syrian fighters to Libya to fight on their behalf, as the casualties mount and discontent grows reports Al-Watan. 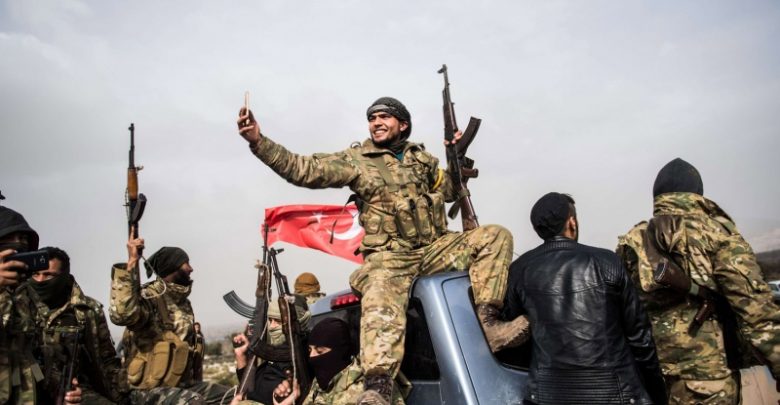 The Turkish regime is continuing to send Syrian terrorists to fight alongside the so-called Government of National Accord against the Libyan National Army led by Field Marshal Khalifa Haftar. Some 9,000 of the terrorists are fighting there, with 261 of them killed, the Syrian Observatory for Human Rights (SOHR) reported on Tuesday.

SOHR said that it was, “monitoring the arrival of new batches of hundreds of Syrian fighters to Libya via Turkey.”

“The number of conscripts who have reached Libyan soil until now has reached around 7,850, including a group of non-Syrians, while around 3,000 conscripts have arrived at Turkish military camps to receive training,” according to SOHR.

There are hundreds of mercenaries reportedly preparing for transport to Turkey, as the National Army militias continue to draw up new registration lists by orders of the Turkish regime intelligence. The effort is seeing refusal from some of the militias, amid massive pressures against them to halt their support for the conscriptions, and threats against sending new batches of fighters to Libya.

SOHR said it had documented further human losses among the ranks of Syrian mercenaries in Libya, with at least 12 bodies of men who had recently fought battles in Libya arriving to areas under occupation by the Turkish regime and its mercenaries in rural northern Aleppo.

The number of fighters from pro-Turkish militias who have been killed in military operations in Libya had reached 261, according to SOHR, including fighters from the al-Muatasem Brigade, and Sultan Murad Division, the Northern Hawks Brigade, al-Hazmat and Suleiman Shah.