ISIS Prisoners in Hassakeh have stages yet another prison riot, forcing the SDF to deploy fighters reports Enab Baladi. 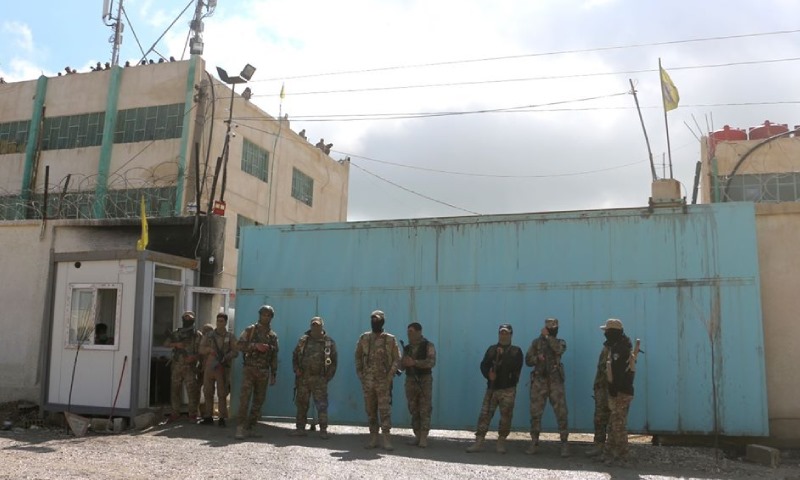 The Hassakeh Media Center, which is affiliated with the Self-Administration, reported that on May 3, 2020, the prison saw a new riot.

Video footage showed the arrival of Syrian Democratic Forces (SDF) and Coalition military reinforcements to the al-Sanaa Prison to contain the insurrection.

Local news site North Press Agency meanwhile reported that Coalition planes flew over the prison as news emerged of the riot inside.

Al-Sanaa prison, in the Ghweiran arera, contains about 5,000 SDF-held ISIS prisoners, most of whom are foreign nationals.

The Asayish, who serve as the security force for the People’s Protection Units (YPG), have yet to comment on the prison riot.

ISIS prisoners carried out a two-day riot in the prison one month ago. A number of them were able to escape the prison before being arrested in a joint operation with the Coalition.