With the ceasefire holding for the time being and fears of a coronavirus outbreak rising, displaced Syrians in northern Syria are starting to return home writes Syria TV. 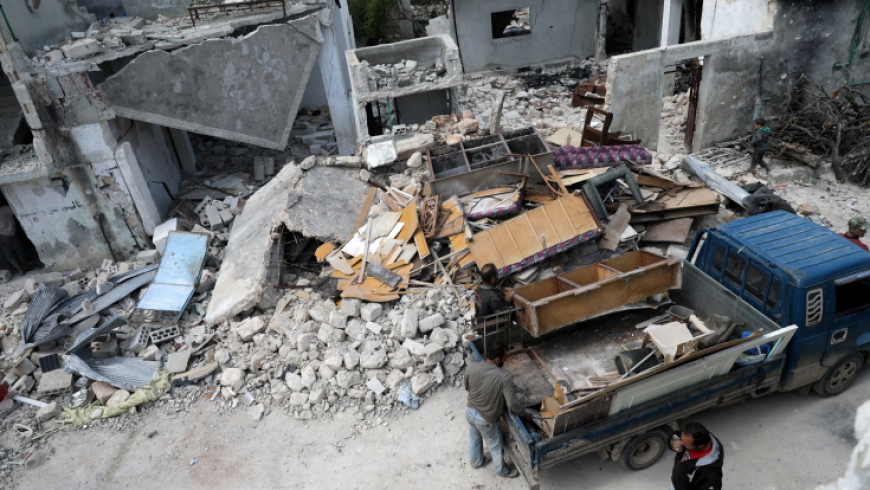 The Syria Response Coordination Group on Monday recorded the return of 40,015 families to their homes in northwestern Syria since the beginning of the ceasefire came into effect on Mar. 5, 2020, some 20.7 percent of all displaced people in the area.

The number of families who had returned to their hometowns and villages in Idleb and Aleppo has doubled compared to two weeks ago, when the group recorded the return of 216,498 people out of a total of 1,041,000 displaced since October 2019.

According to statistics that the group published on its Facebook page, 7.43 percent of all displaced people in northwestern Syria had returned to Aleppo governorate, while 13.36 had returned to Idleb, bringing the total percentage of displaced who returned home to 20.79 percent.

On the reasons for the returns, Muhammad Hallaj, Director of the Syria Response Coordination Group, told Syria TV last week that displaced people are no longer able to bear the cost of displacement and the tragic situation in he camps. There is also fear of the catastrophe that could happen if the coronavirus pandemic spreads in the camps, which are very crowded and are unable to enforce social distancing.

Families prefer to return to their homes despite breaches of the ceasefire by the regime and its allies, in exchange for stability and the hope that support to rebuild their homes and bring back basic services will arrive from civil society organizations.

Hallaj pointed out that the return of displaced people to their homes are justified for the reasons mentioned above, but warned of the dangers of unexploded ordnance in returnees’ hometowns, as well as the lack of effective medical systems there, and the possibility that fighting could return at any moment.

Despite fears that the fragile ceasefire in Idleb may not hold, returnees are removing rubble from their homes and searching beneath the debris for any unexploded bombs dropped during the last assault by the regime and its Russian and Iranian allies.