The regime launched a series of missiles at opposition positions in Idleb, wounding a number of fighters, as Turkey continues to send further reinforcements reports Zaman Al-Wasl. 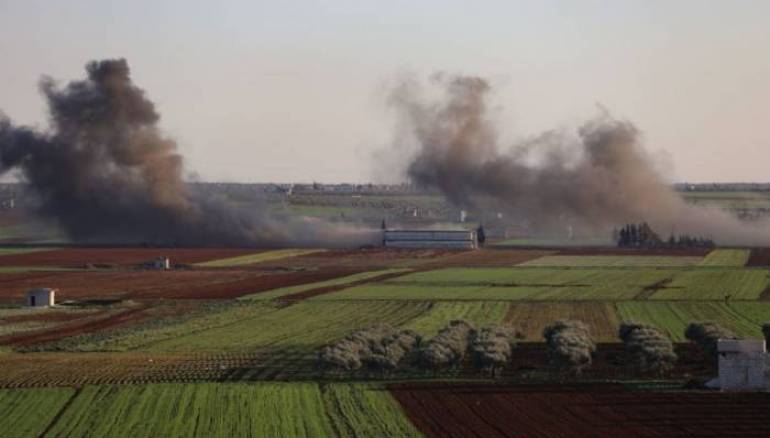 Four opposition fighters were wounded Monday when regime forces launched a missile attack on their stronghold in the northern province of Idleb.

According to Zaman Al-Wasl’s reporter, the elite 25th Division fired 22 Grad missiles on an array of villages in Jabal al-Zawiya.

No civil casualties were reported.

Since the ceasefire agreed between Russia and Turkey on Mar. 5, 2020, the lowest death toll ever was recorded in Syria in nine years. Also, more than 110,000 displaced people have returned home, the Syrian Response Coordinators Team said.

Meanwhile, a new Turkish observation point was set in the Jabal al-Zawiyah region, bring the total to 57, as reinforcements keep pouring into Idleb province.

Activists have accused Islamic State (ISIS) militants of carrying out such crimes against civilians in the Syrian desert, known as al-Badiya.

In early April, seven people, including a woman, were also killed by suspected ISIS militants in the desert of Deir ez-Zor.

ISIS has been largely defeated in the country but has continued to carry out ambushes, assassinations and bombings there and still poses a threat along its border.