Iran’s Foreign Minister is due in Damascus, where he will meet with President Assad and Foreign Minister Walid al-Muallem, and discuss the Russia-Turkish Idleb agreement reports Baladi News. 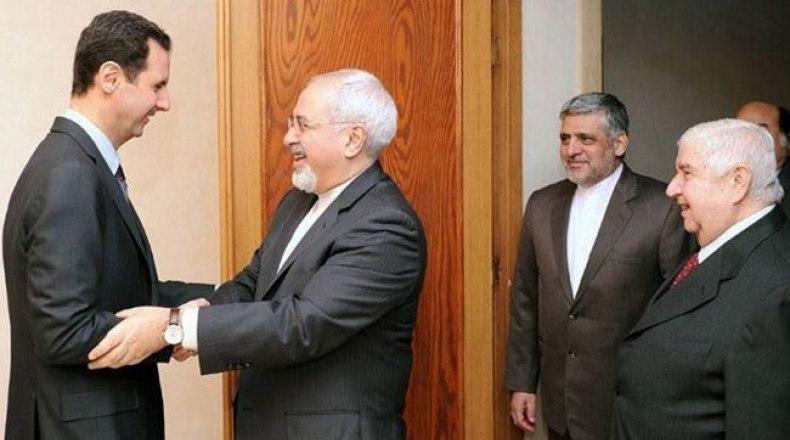 Zarif will discuss bilateral relations, regional developments and the latest political and field developments to “fight terrorism” in Syria, according to an Iranian Foreign Ministry statement published on Sunday.

Russian Defense Minister Sergey Shoygu visited Syria on Mar. 23, 2020, meeting with Assad and discussing the Russian-Turkish Idleb agreement, as well as mechanisms for implementing it.

Zarif’s scheduled visit for Monday coincides with the arrival of a large number of reinforcements of Iranian militias to rural Idleb and Aleppo governorates, and an attempt to strike a Turkish-Russian deal in any form and push the process to the brink of ending, according to opposition figures who spoke with Baladi News.

Regarding the escalation, and the possibility of militias resorting to opening a new battle in Idleb, Captain Naji Mustafa, leader of the pro-opposition Jaysh al-Nasr group, told Baladi News that, “the new breaches by Iranian forces, and the bombing of opposition-held sites, as well as the martyrdom of one of the fighters and the targeting of a number of villages in the al-Ghab Plain area, is a new breach of the agreement, which was limited to artillery and machine gun fire.”

Mustafa pointed out that the opposition factions responded by targeting sites belonging to the Iranian militias, as well as preparing for all possibilities and anticipated scenarios in light of this mobilization and movement by the Assad regime and Iranian militias.

He added that there are significant military preparations underway by opposition factions, including setting up a number of military camps and preparing fighters and defensive lines as well as a number of attack lines in accordance with battle scenarios, should regime forces and Iranian militias attempt an advance from the frontlines.

On the importance of those sites witnessing a military buildup, Muhammad Howeish, an activist and member of the Hama Media Office told Baladi news that, “The Iranian militias chose the Jourein and Jabal Shahsho areas for three main reasons.

“First, most residents in this area of rural western Hama belong to the Alawite sect that cooperated with the regime in the suppressing of the Syrian revolution. This area extends from Jabal al-Ahmar through Jourein to Masyaf. Most of its youth were involved in local pro-Iranian militias in their military camps, and fought in battles on the side of Iranian militias.

“The area of Jabal al-Zawiyeh and Jourein also crosses a strategic depth protecting Iranian military camps and missile factories on the outskirts of Masyaf in western Hama,” Howeish added. “These forces are stationed from Kabina to Jourein to spearhead a defense from any opposition advances, and to prevent rebel forces from reaching the most important Iranian sites in Syria, near Masyaf.”

“The third reason is the Iranians’ superiority in urban, mountain and guerilla warfare,” according to Howeish. “The area’s mountainous terrain is the best field for the Iranians to carry out both attack and defensive operations, unlike the Russian army, which depends on the classic Soviet system of regular armies and fighting battles on plains.”