The US military has shown off its new stealth jet in Syria, flying in close proximity to Russian forces stationed at Qamishli Airport writes Al-Masdar. 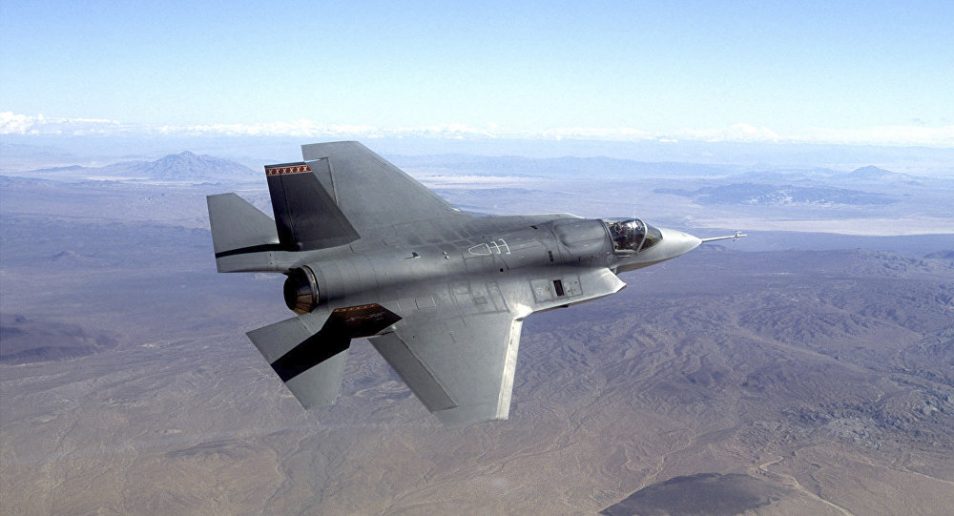 The US military flew their new F-35 stealth jet over Syria’s skies this past week, as they display their strength in front of the Russian Armed Forces who are only a few kilometers away from the American troops in the eastern Euphrates region.

In a tweet on Monday, the Special Ops Joint Task Force-Operation Inherent Resolve (OIR) in Syria and Iraq released three photos showing the F-35 above Syria, likely in the Hassakeh or Deir ez-Zor governorates.

“A USAF F-35A Lightning II fighter jet flies in Syria, Apr. 10, 2020. Coalition and partner forces continue to strike at extremist organizations in Syria despite COVID-19, reflecting the world-wide unity to see an enduring defeat delivered against Daesh,” the US military account posted.

The three photos showed up close and far away shots of the F-35A as it flew over the skies of eastern Syria.

While the US conducted this flight, the Russian military was likely watching from afar, as they have headquartered their forces in eastern Syria at Qamishli Airport in the northern region of the Hassakeh Governorate.

On a different note, militants of the Hay’at Tahrir al-Sham terrorist organization have attacked the Miznaz settlement in the Syrian province of Idleb, Oleg Zhuravlev, the head of the Russian Defence Ministry’s Centre for the Syrian Reconciliation, said during a briefing on Monday.

“Over the past 24 hours, no fire from the side of the illegal armed groups controlled by Turkey has been registered … One shelling of Miznaz settlement in Idleb province was recorded from the position of the Hay’at Tahrir al-Sham terrorist organization”, Zhuravlev said.