With the ceasefire deal in place, thousands of Syrians have started to return to their homes and businesses, despite both sides building up military forces reports Zaman Al-Wasl. 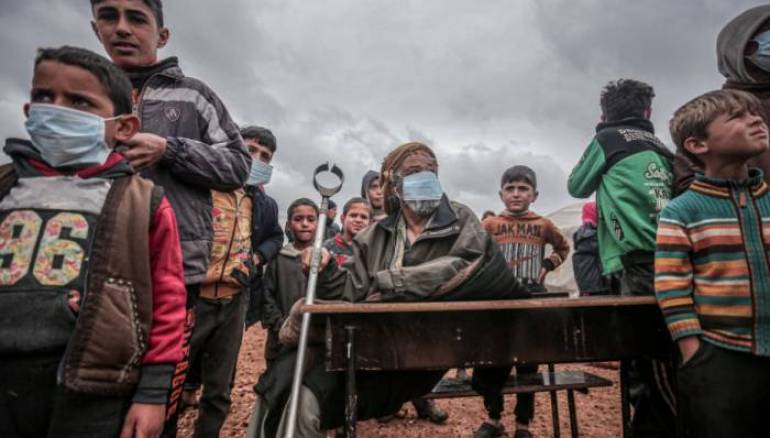 Around 73,000 Syrians have returned to the Syrian governorate of Idleb following the ceasefire agreement reached between Turkey and Russia in early March.

The Director of the Syrian Response Coordinators, Muhammad Hallaj, said that some of the displaced civilians returned to their homes immediately after the Syrian regime and its allies stopped their military operations in the area.

Hallaj explained that many of the displaced people preferred to stay in the camps near the Syrian-Turkish border due to the regime forces’ control over their villages and towns. Civilians started to return from densely populated camps to fix their houses and shops.

According to Hallaj nearly one million Syrians have been displaced since October 2019, as a result of the Syrian regime’s bombardment of the area.

Due to the coronavirus pandemic and a ceasefire deal reached last March, the death toll of Syrian civilians has recorded the lowest figure in nine years with 175.

Meanwhile, the regime army has also sent new reinforcements from the First Division in southern Damascus to the Jabal Shahshubo area near Idleb, activists said.

Regime forces on Tuesday hit Sarmin town with heavy artillery fire near a Turkish observation point, such a provocation may undermine the fragile ceasefire that halted the bloodshed in Idleb province.

In turn, Turkish forces have set up four new observation points in the Jisr al-Shughour area, bringing the total number to 56, as heavy reinforcements continue to pour into the last opposition stronghold in Syria.

The new outposts have been established in the villages of Frika and Bakseryah west of Jisr al-Shughour city.