In a speech in Lebanon, Samir Geagea has denounced the Assad regime and their efforts to keep the Syrian refugees in Lebanon writes Al-Masdar. 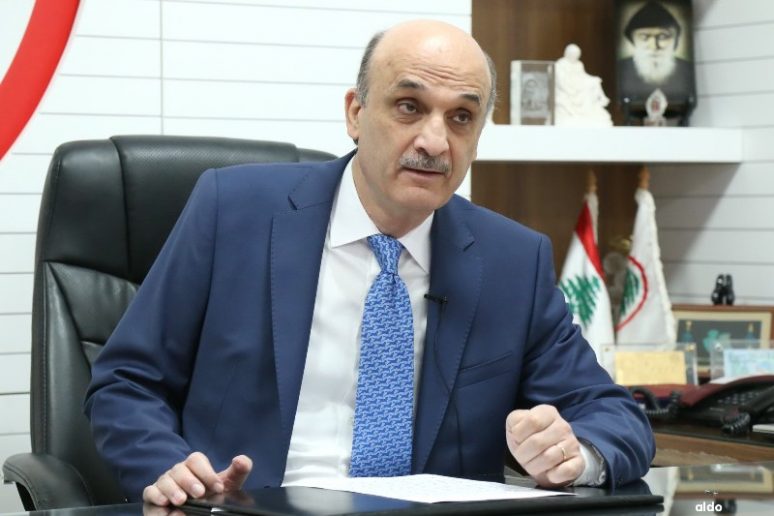 The President of the Lebanese Forces Party, Samir Geagea, stated at the 39th commemoration of the Zahle martyrs, that the people of the city, “have paid a hefty price so they could push the Assad regime out the door, not for someone else to try and bring it back through the window, under the pretext of the displaced.”

“One of the most important indications that Assad does not want the displaced people back is the closure of borders,” Geagea said, noting that Assad had made such a decision very clear, “and every attempt to reinstate the Assad regime will be considered a blow to the sacrifices of the people of Zahle and Lebanon.”

The Lebanese Forces leader pointed out that, “the Lebanese are suffering from a stifling economic crisis, and all other countries are subject to crises. The difference between us and the rest of the world lies in solution-finding. Locally, no lessons have yet been drawn from the uprising of the Lebanese people. Parties in power are acting as though nothing has happened.”

“This authority will not be able to triumph. We must triumph over it and generate a straightforward national authority that will rid the people of its problems,” he said.

Geagea, who has been a long-time opponent of the Syrian government, has sought to undermine Lebanon’s relationship with Syria, often accusing the March 8th political bloc of carrying out Damascus’ endeavors.