A new report has documented the widespread looting being undertaken by the regime's forces and the militias that support them and the markets established to sell these goods writes Zaman Al-Wasl. 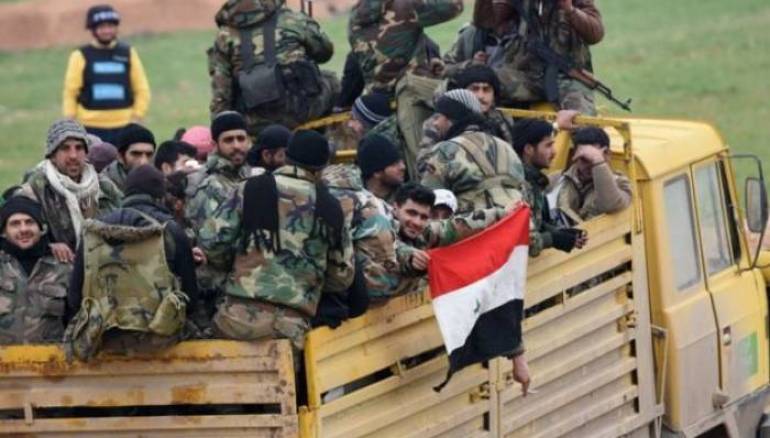 At least 30 towns and villages in northern Syria have been looted by Syrian regime forces and allied Shiite militias since April 2019, the Syrian Network for Human Rights said in legal report on Tuesday.

The report has documented that about 30 villages and towns in the northern suburbs of Hama province, the southern suburbs of Idleb, and parts of Aleppo have been subjected to robberies and the looting of property by regime forces and pro-Iran militias.

The report notes that these stolen goods and property are being sold in the markets of al-Sqailbiya town in the suburbs of Hama. As the report states, this is reminiscent of what was recorded previously in 2012 and 2013 when the Syrian regime’s militiamen opened similar markets to sell goods they’d looted, after taking control of the cities of Homs and Hama.

Also, the Syrian monitoring group revealed that some other armed groups have also carried out looting of areas they have taken control of, including the forces of the Kurdish Democratic Union Party (YPD), the US-backed Syrian Democratic Forces (SDF), extremist Islamist groups (ISIS and al-Nusra Front), and factions of the armed opposition.

Although the scale of the looting carried out by the Syrian, Iranian and Russian regime forces remains by a long way the most widespread and systematic, according to the report.