A number of militants loyal to the Islamic State have escaped from Ghuweiran Prison after a riot and prison break reports Al-Masdar. 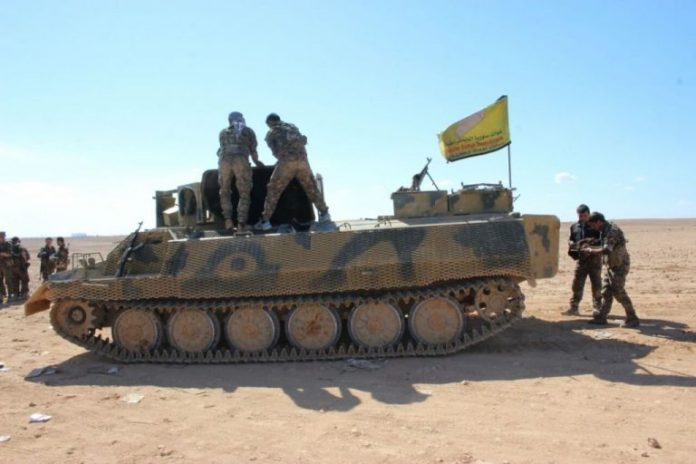 Footage from outside the prison which is mainly controlled by the Syrian Democratic Forces (SDF), shows SDF and Kurdish Self-Defence Forces militants in an alert state in the vicinity of the prison and on its roof on Monday.

Local media reported that prisoners broke down doors and made holes in the walls before escaping. The reports added that a number of detainees were wounded during the escape attempt.

According to the spokesperson for Operation Inherent Resolve, Colonel Myles B. Caggins, International Coalition forces provided SDF forces with aerial support in order to quell the prison unrest.

At the beginning of March, ISIS detainees carried out three simultaneous rampages in SDF-controlled prisons in Hasskeh and Deir ez-Zor, in order to demand trials based on the surrender deal reached after the Baghouz battles last February.