Recent comments by the UN Special Envoy to Syria at the Security Council have angered the opposition, who see them as a green light for the regime to continue their assault reports Alsouria Net. 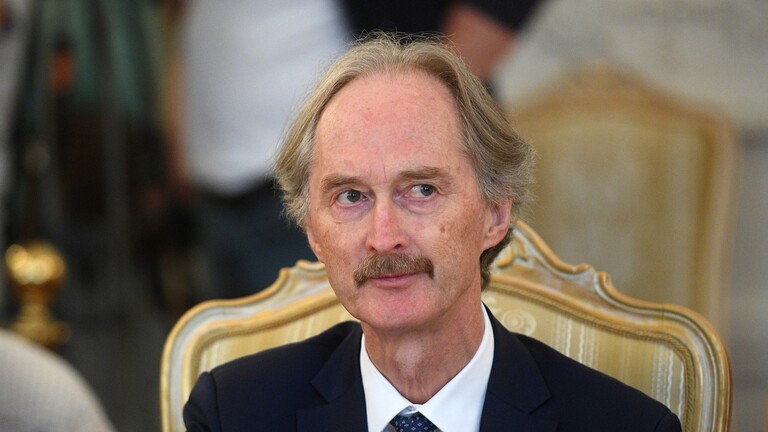 Statements by UN Special Envoy to Syria Geir Pedersen about “terrorist” groups in Idleb have sparked the ire of aid groups inside Syria who fear the Assad regime and Russia will exploit these statements.

Pedersen said during a briefing to the Security Council on Wednesday that, “terrorist groups are still in Idleb province,” the same pretext that Russia is using to bomb Idleb and to support the attack carried out by Assad’s forces on the province.

The Humanitarian Response Coordinators operating in northern Syria issued a statement on Thursday saying that the statement issued by the envoy was giving a “direct pretext” to the regime and Russia to attack the area and retake it.

The group added that Pedersen’s statements would give the “green light” to a military operation led by the regime with Russian backing in Idleb, which could displace 4 million Syrians under the pretext of fighting terrorism.

The group connected Pedersen’s comments to those of the Russian envoy to the UN, Vasily Nebenzya, about there being terrorists in Idleb, saying that Nebenzya’s comments “highlight Russia’s hostile intentions towards civilians in the area.”

The statement said there was a need to define terrorist groups in Syria in the context of “fighting terrorism,” adding that it is known to everyone, foremost the Assad regime, Russia and the foreign militias that support it.

Pedersen’s statements about terrorists in Idleb were not new, as he had previously touched upon this subject in a press conference in May 2019, when he said: “There is a terrorist group controlling most of Idleb, which is Hay’at Tahrir al-Sham,” referring to the Security Council’s consensus regarding the “legitimacy of combating terrorists, while respecting the norms of international humanitarian law.”

However, Pedersen called yesterday for an immediate ceasefire in Idleb, indicating there had been a lack of progress in efforts to towards a truce, even on the political track.

He added in his briefing to the Security Council that Turkey and Russia could reduce the escalation in Idleb and that “the two countries should do this,” adding that Russia is “involved in the military operations launched by the regime in Idleb.”

During their attack on Idleb, Russia and the Assad regime excused the existence of “terrorist” organizations in Idleb, but relief organizations operating in the region documented the targeting of civilians by Assad and Russian aircraft, in addition to bombing vital installations such as hospitals and schools.

The United Nations High Commissioner for Human Rights issued a report recently in which it said that during February, Russian-backed Assad forces killed at least 100 civilians, including 35 children and 18 women, in the provinces of Aleppo and Idleb.

According to the report, seen by Alsouria Net, since the beginning of this year at least 298 civilians have been killed in Idleb and Aleppo, with Assad’s forces responsible for 93 percent of the killings.